Is there such a thing as a nominal Catholic? 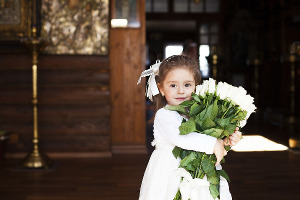 One of the features of Billy Graham’s ministry was the way that he was able to unite evangelical churches in mission, such as through the coordinated follow-up after his campaigns. Another way this cooperation has endured is through the Lausanne Movement.

Lausanne was founded by Rev Graham. In 1974, over 2300 participants from 150 nations gathered in Lausanne, Switzerland, for the first International Congress on World Evangelization. Since then the Lausanne Movement has continued to enable evangelical Christian leaders to work together, and it runs global consultations from time to time on various issues that affect churches around the world. The most recent one was a consultation on the issue of Christian nominalism. Three focus groups were formed, looking at nominalism in Roman Catholic, Orthodox and Protestant/evangelical people groups. Invites were sent to 55 delegates from around the world, and one came to me due to my work with people from a Roman Catholic background.

I was hesitant to attend because I don’t like referring to Roman Catholics as nominal. You cannot call someone who sat through 13 years of Catholic religious education classes at school, had their children baptized in the Catholic Church, and then paid $10,000-$100,000 in private Catholic school fees for their children to also receive 13 years of classes nominal. I expressed these concerns to the organizers… but they invited me anyway!

It was a great privilege to attend and listen to men and women from countries as varied as Russia, Slovenia, the Philippines, Chad and Egypt, and to hear of their struggles and blessings as they laboured to evangelize and disciple Christians in very different contexts. We were also privileged to listen to very intelligent and gracious speakers from Orthodox and Roman Catholic backgrounds on the topic of nominalism.

However, the thing that struck me most was that neither the Catholic or Orthodox speakers accepted the term ‘nominal Christian’. People from a Catholic or Orthodox background do not think about people in this category; it is a very Protestant way of thinking. Because of their sacramental theology, when you are baptized as a Catholic you are Christian from that point on, no matter what. You can be a naughty Catholic or a lapsed Catholic but you are still truly Catholic. Meanwhile, most Protestants believe that you are saved by faith alone and not through a sacramental process, so it is possible for Protestants to call themselves Christian and be baptized—but to have never trusted Jesus as their Lord and therefore be Christian in name alone.1

When we communicate with people with a different world view we need to be careful not to assume they think the same way that we do. Effective communication involves understanding the person we are speaking with and framing things in a way that makes sense to them, not just us. When we think about Catholics as nominal Christians it shows our unwillingness to take into account how they actually think. This leads to misinterpretations. Perhaps this is why we are having such a small effect on people from a Roman Catholic background that we can’t even measure the results?2

As recipients of God’s saving grace and as people who seek to be obedient to our Saviour’s command to make disciples of all people (Matt 28:19), we have a responsibility to commit our lives to God’s mission. These people who we call nominal Christians make up a significant part of our local churches, regions and mission fields throughout the world. Other denominations and religions should not be excuses for us to ignore the lost.

On the other side of the equation, it is also ungodly to assume that someone is not saved just because they belong to a denomination or Christian religion different to our own.3 God is bigger than any human grouping. However, when we communicate with people from different backgrounds it can be hard to work out whether they are truly saved or not. They may use similar words and do similar things but mean vastly different things by them. Gregg Allison, who spent 30 years as an IFES staff worker in Catholic universities, often says, “Catholics use the same words as us but have a different dictionary”.4

The phrase ‘evangelism of nominal Catholics’ is an example of this challenge. It is deeply offensive to most Catholics, as their Church teaches that baptized Catholics (and almost all of them are) don’t need evangelism but rather spiritual growth—what we might call discipleship. This phrase conveys to them the idea that we think none of them are Christian.

So how can we move forward? At the Lausanne consultation we found ourselves frequently talking about evangelism and discipleship together. As we minister to people we would call nominal Christians, we want to preserve the one-time-only nature of becoming a Christian. Yet at the same time we recognize that conversion is just the beginning: Jesus calls us to make disciples of all people groups teaching them to obey everything he has taught, so we seek to evangelize the unconverted and to disciple the converted. Most of us recognize that many people in our churches are converted in what we would normally consider discipleship courses. For example, I know of a number of people who have been converted in Anglican confirmation classes, yet we would not usually call our confirmation classes ‘evangelism classes’. A black and white distinction between evangelism and discipleship is often not necessary because we evangelize with the gospel and we disciple with the gospel.

As a suggestion then, instead of talking about Catholic evangelism, could we talk about “evangelism and discipleship of unconverted and growing Christians in Protestant, Catholic and Orthodox contexts”? This sort of language might free us from some of the barriers that phrases like ‘Catholic evangelism’ or ‘evangelism of nominal Christians’ can create. It also might help us to think of and do activities with our Catholic, Orthodox and Protestant friends that we might have only thought of doing in discipleship activities within our own churches. Is there any reason why we shouldn’t be thinking about discipling our Catholic neighbour, even if we’re not sure if they’re converted yet, and what might that look like?

So get alongside your Catholic friend or neighbour or family member and evangelize and disciple them. Approach them with the offer of growing together spiritually through reading the Bible together, praying together, and encouraging each other to live obedient Christian lives as you share together. You may be evangelizing them, you may be discipling them, you may not be sure which it is for a while. And why not be more intentional about opening up some of the discipleship activities we run in our churches to people from different denominational and Christian religious backgrounds—like our Bible studies, play groups, youth groups, social action and community chaplaincy ministries and our prayer ministries? This will almost certainly involve changing the culture of these groups to take more account of the wider group of people we are seeking to evangelize and disciple, but doesn’t Jesus call all of us to cross-cultural discipleship ministry when he says, “Go therefore and make disciples of all nations”?

1. Philosophically and theologically, nominalism can be traced back to William of Ockham, a British monk in the 13thcentury. He suggested there could be a difference between what something appeared to be and what it truly was, between a particular thing and a universal reality. So someone could appear to be Christian but be cut off from the universal reality of being Christian and therefore be a ‘nominal Christian’. This line of thinking was largely dismissed by the Catholic Church in favour of Thomas Aquinas’s sacramental theology, and has never been embraced by the Orthodox Churches.↩

3. Roman Catholics do not consider themselves to be a denomination as Protestants think, but rather a Christian Religion.↩