When to forgive? A psychiatrist looks at Jesus’ teaching on forgiveness 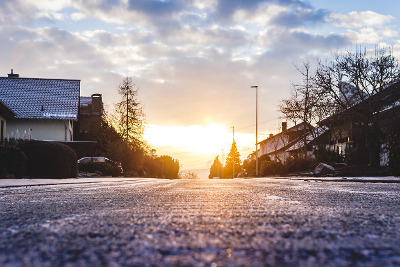 Come to me, all you who are weary and burdened, and I will give you rest. Take my yoke upon you and learn from me, for I am gentle and humble in heart, and you will find rest for your souls. For my yoke is easy and my burden is light. (Matt 11:28-30, NIV)
And you experts in the law, woe to you, because you load people down with burdens they can hardly carry, and you yourselves will not lift one finger to help them. (Luke 11:46, NIV)

Christians, both individually and in our churches, often try to carry out Jesus’ words in Matthew 11, but in many cases fall into the same trap as the Pharisees in Luke 11.

We do this by expecting others to act on Jesus’ words in the way we think they should (or in the way we think we would) given their situation. Christian health care workers, ministers and all who are counselling others need to be very careful about the way they apply what Jesus is saying to other people’s lives.

As a result, my experience (as a psychiatrist) tells me that Christians who have suffered some form of severe abuse are often burdened with significant levels of guilt and incapacity because other Christians either preach or counsel in ways that place onerous demands on the abused. These demands are either impossible to meet or require considerable time (often years) for the individual even to begin meeting them.

These burdens are often a consequence of two misconceptions. The first is the confusion between feelings and thoughts, and the second is failing to understand that there are two different meanings of forgiveness.

First, let’s consider the confusion between feelings and thoughts. We are taught not to sin in thought, word and deed, but this truth can be distorted. As a result, many people are left with significant feelings of guilt that are probably inappropriate. Feelings are normal human experiences, which do not necessarily carry any connotation of right or wrong. In fact, they can be necessary signals to which we need to attend. To understand the difference between a feeling and a thought, substitute the word ‘plan’ for the word ‘thought’. This may be closer to what Jesus is talking about in Matthew 5:28: “But I tell you that anyone who looks at a woman lustfully has already committed adultery with her in his heart.”

If a man has thoughts (plans) of acting lustfully with a woman, he has committed adultery with her in his heart. If he notices she is attractive, he has experienced a feeling and no sin is involved (provided that he neither plans to nor acts on that feeling).

However, if we ignore our feelings or we suppress them, we also run the risk of giving in to temptation. We have not prepared an effective, biblically appropriate strategy to deal with the situation that our feelings were warning us about. For example, if I feel like killing someone, it tells me that I am angry about something or with someone. I have the opportunity of understanding what is causing me to be angry and this provides the opportunity of considering the situation and taking appropriate action to avoid sin.

There are two ways in which to talk about forgiveness. The first is the one I use the word ‘forgive’ for; as I will discuss, this involves the restoration of a relationship. The second I call ‘letting go’ or ‘a forgiving spirit’, and it has as its basis the ‘letting go’ of feelings of pain, resentment, wishes and ‘rights’ for revenge—but where no restoration (or establishment of) the relationship is able to occur. It may include praying for the abuser or wrongdoer, and is necessary for the victim to avoid further destructive and sinful action in their own life.

God’s unconditional love for us is clearly shown in Jesus’ life and is evident in many of Jesus’ words. However, his forgiveness is not unconditional. While the word ‘forgive’ is mentioned 74 times in the Bible (and ‘forgiveness’ 14 times), most people know only a few of them. In most instances, forgiveness is coupled with repentance in Scripture. The following verses illustrate the point.

If my people, who are called by my name, will humble themselves and pray and seek my face and turn from their wicked ways, then will I hear from heaven and will forgive their sin and will heal their land. (2 Chr 2:14, NIV)
Repent of this wickedness and pray to the Lord. Perhaps he will forgive you for having such a thought in your heart. For I see that you are full of bitterness and captive to sin. (Acts 8:22-23, NIV)

It would seem to me that forgiveness and repentance are closely linked and in many places the two words appear in the same verse.

In contrast, it is surprisingly rare for the two words to be linked when Christians discuss these issues. Christians who have been severely abused are often told to forgive the other person, but the repentance of the perpetrator is rarely mentioned or forgotten about. The Bible tells us that Jesus died for our sins and we are forgiven if we repent and place our trust in Jesus. However, in my professional experience with Christian adults who were abused as children, they have often been instructed to forgive unconditionally without any mention of repentance by the offending party. It seems to me rather surprising that under their circumstances they are asked to do something that Jesus did not and does not do. It seems therefore that many Christians in positions of responsibility do not understand clearly what Jesus did.

With this in mind I see the full meaning of forgiveness as the restoration of a right relationship. As a result of Jesus’ death and our repentance, we are restored into a right relationship with God. For someone who has been abused, the repentance of the abuser would seem crucial in restoring the relationship. If our child was physically or sexually abused by another person, would we allow our child to be placed in that person’s care, even if they had repented? Would we not rightfully be cautious about any continued relationship? Perish the thought if they had not repented!

Jesus’ death on the cross leaves the door open for us to receive forgiveness. He does not force his offer of forgiveness on us. It is through God’s grace that we have the opportunity for that forgiveness; and it is through his grace that we can repent (which includes understanding the offer and choosing to accept it). Jesus teaches this attitude towards forgiveness to his disciples:

Things that cause people to sin are bound to come, but woe to that person through whom they come. It would be better for him to be thrown into the sea with a millstone tied around his neck than for him to cause one of these little ones to sin. So watch yourselves. If your brother sins, rebuke him, and if he repents, forgive him. If he sins against you seven times in a day, and seven times he comes back to you and says, “I repent,” forgive him. (Luke 17:1-4, NIV)

For the Christian who has been abused, I would suggest that the goal we should work towards is ‘letting go’ of their feelings of anger, hurt and the ‘need’ for revenge—finding a forgiving spirit. This means to be ready to give forgiveness if or when repentance is offered. If we use the word ‘forgive’ for this, we need to clearly differentiate it from the other meaning described above.

This is a process that takes considerable time, and abused Christians will need to be able to express and work through their feelings during this process. To the adult who was sexually abused as a child, to the refugee who may have been physically and/or sexually abused and whose family might have been brutally killed, it would seem to me that placing a burden of unconditional forgiveness is hardly the ‘light burden’ Jesus talks about. I would suggest that those who have been sinned against should aim to be like Christ—to leave open the offer of forgiveness for, when and if, by God’s grace, the offending party repents.

We need to remember this in our dealings with abused Christians. In order to give them the opportunity of recovery from their often horrific experiences we need to be able to acknowledge the great injustice done to them and to allow them the time to work through their feelings. This needs to be done with respect and sensitivity, allowing them permission to explore and to own their feelings, whatever their feelings may be. We certainly should not be condemning them for their feelings and should not be placing burdens on them, which are humanly impossible, and not something Jesus himself would do.

What we may also unwittingly do is drive them away from what they most need—the healing, life-giving word of the gospel and the love and support of the Christian community (the body of Christ). I am not suggesting that it is okay for a person to hold onto their bitterness and their ‘right’ for revenge. People who have been abused need to work towards developing a forgiving spirit as it is only in developing a forgiving spirit that they can be free. But unless we make clear the difference between the two understandings of forgiveness, we may be adding to people’s burdens by making them think that they are responsible to restore or to create a relationship.

Before we preach forgiveness, let us imagine ourselves walking in another’s shoes for just a while. As Jesus did for us.

This article was first published in Briefing #291, December 2002.