Cornelius: A great guy, but… 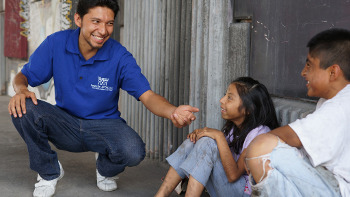 I’ve always loved Acts 10, the story of the divinely ordained meeting between Peter and Cornelius that unlocks the door for the gospel to go to the Gentiles. For a few years it has been one of my ‘go to’ passages when I am asked to speak on the topic of mission.

The way God uses Peter’s desire to eat only clean food, and how the apostle to the Jews understands the thrice-repeated vision of the sheet from heaven as a declaration of God showing no favouritism, is a ground-breaking moment in the expansion of the gospel beyond the walls of Jerusalem.

At the same time, God reveals himself to Cornelius, a God-fearer, a Roman centurion, and by all accounts a good man. Cornelius’ response to his divine vision validates the description Luke gives of him. Rather than running for the hills or swearing off of the demon drink, his response is one of a humble servant ready to obey the voice of his quickly recognized heavenly master: “What is it, Lord?”

Luke then brings the recipients of these two divine visions together in a house in Caesarea. The ensuing conversation reveals the religious and cultural tension that underpins this critical meeting, and raises the stakes for what is about to happen.

Having determined that this is a God-ordained event, Peter again expresses his newly discovered realization that God does not play Jew/Gentile favourites, and preaches the gospel of Jesus to the Gentile audience. The events that follow confirm that indeed this group of formerly ‘unclean’ people have received the Holy Spirit, significantly “just as we have”—a confirmation repeated in chapter 11 when Peter defends his actions against the accusations of ‘head office’ in Jerusalem.

There is no question that as a result of the visions of these two men, their subsequent meeting and the events of that meeting, from Acts 10 onwards, the Gentile world is now a legitimate mission field, something we as Bible readers have been waiting for since Genesis 12.

But in the midst of these momentous gospel steps and the world mission that results, I was reminded recently of Cornelius the individual, rather than Cornelius the ‘representative Gentile’. Cornelius is described as a devout man, a God-fearer, an alms giver and a prayer. If he was Australian he would have been described as a good bloke! Not only a good bloke, but president of the P&C (PTA for American readers), the secretary of the local cricket club (steady on English readers), and the man who organizes the annual fund-raising dinner for the local children’s hospital.

Despite all his goodness, his need is clear. When Peter visits and meets Cornelius, his response to this man and those with him in his house is the gospel message. Clear and simple. He needs to understand who Jesus is, what he did, and the demand that makes on his life.

Throughout Luke’s two volumes we meet all sorts of people. Good people, bad people, religious people, smart people, simple people, and yet the need of all of these people is the same: to hear the gospel of Jesus and respond in faith and repentance. Cornelius is just another one in a long list of people who need to hear this.

I wonder if sometimes we get distracted by who people are, their position, their qualifications, their style or their ‘goodness’—when in fact they all have the same need, and the solution to their need is the same. Their need is to know and serve God, and we can help them do that by clearly sharing the gospel of Jesus with them.

Peter is a CMS missionary serving in Mexico. He’s the director of MOCLAM , an organisation that offers theological education by distance in Spanish, using materials from Moore Theological College in Sydney. He’s married to Sarah, has 3 teenage daughters, and tries to run a marathon every year. 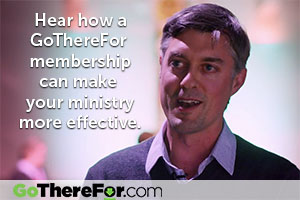