How singing the Psalms changed my life 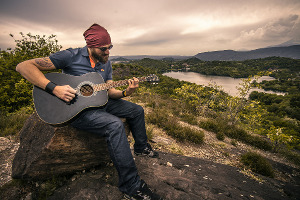 I did not grow up in a church that practised the singing of the Psalms. Growing up, I split my time between two churches with two distinctly different styles of music. The first was a large, very traditional Baptist church that cherished the folksy revival hymns of the late 19th century. Songs such as In the Garden, The Old Rugged Cross, and Softly and Tenderly still bring back memories of my childhood. Then in high school I got connected with a rockin’ charismatic youth group. There we belted out the latest hits by Carmen and Petra and sang Our God is an Awesome God relentlessly. Yet in both of these contexts, what we never sang were the Psalms. In fact, I don’t think I had ever even heard of this practice (or thought it possible) until around twenty years ago.

Going off to college, and then even more so later in seminary, I was gradually introduced to the theology and spirituality of historic evangelical Protestantism. I began reading the works of Spurgeon, Ryle, Owen, and Lloyd-Jones. With this came the discovery that our forefathers cherished singing psalms (and that some even argued for exclusive psalmody). But I still didn’t believe this was an option today. Certainly nobody still sang the Psalms in the 21st century, I assumed.

An unexpected convergence changed things significantly. I preached on Colossians 3:16, and emphasized that the first Christians sang psalms as a regular part of their gatherings. At that time, our church was blessed with an unusually gifted pianist and music leader, and my sermon inspired him to try to introduce psalms into our congregational singing. Somewhere he located a Presbyterian psalter, tweaked the tunes slightly for our context, and we were off to the races. That was about eight years ago, and we have included singing psalms as a regular part of our Sunday gatherings ever since.

Things changed even more dramatically about six months ago when I decided to try singing the Psalms as part of my daily devotions, generally before my prayer time. How has this experiment changed my life? Here are three main ways:

I encourage you to try singing the Psalms yourself, at least as part of your personal devotions. Here’s a longer post with some practical suggestions for how to get started. In case anybody is wondering, I use The Psalms of David in Metre, which has all the Psalms in arranged in common metre. Try psalm-singing regularly for three months and let us know how it goes. It just might change your life.

Postscript: Reader Chris Webb has found a website that matches metrical Psalms to the tunes of hymns, which you might find helpful. Also, Berwyn Hoyt has put forward the Reformed Churches of New Zealand provisional hymnal, which has a long list of psalms with music that are free for churches to use.