Some questions on talking with Catholics about Jesus 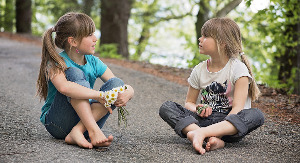 If one person asks a question aloud, then usually there are a lot more people wondering the same but without a chance to ask! Hear are my answers to some great questions a student at a theological college asked me about talking with Catholics about Jesus.

What is a charismatic Catholic?

The Catholic Charismatic Renewal movement has been in Australia since the 1960s, and through this movement there has been much more cross-fertilization of ideas between charismatic Catholics and Protestants. I think that because of this you are more likely to find converted Roman Catholics who are charismatic. When I was involved in it in the Catholic Church, people did things like talking in tongues, having words of prophecy, and many other emotional experiences.

Having been a Christian in the Catholic Church for several years when Alpha came along, I jumped on it; here was something where the gospel was clearly explained, and it was getting a good profile amongst the charismatics and even amongst mainstream Catholics within the Catholic Church. I ran Alpha in the Catholic Church for a couple of years. However I wouldn’t now because of some questionable exegesis and an overemphasis on the doctrine of the Holy Spirit (an overload of sessions on the Holy Spirit and a weekend away designed to manufacture an experience of talking in tongues—which isn’t really talking in tongues because no one could ever interpret them). The course also diminishes the seriousness of sin. Interestingly, the charismatic seminaries (where priests train) have the most trainee priests (which isn’t many).

Would you evangelize Catholics who are convicted Jesus is the only way to be saved?

Also, at the beginning I tend to talk to Catholics in a way that includes them as Christians, whilst at the same time being highly suspicious that they are not. The reason I do this is that to begin with Catholics do not have the categories of thought to make sense of what we mean when we say they are not Christian; they just think we are saying to them that they don’t belong with us.

For most Catholics being Christian is about belonging to a group—a tribe. It’s cultural, it’s about family, it’s about who you support. Catholics believe that that the way you are saved is by belonging to the Church. If you support the church by doing the sacraments, sending your kids to a Catholic school, giving money when they ask… then when you die the Church will look after you and get you into heaven. For Catholics, their primary allegiance is usually to the Church rather than Jesus. So when we say or imply to Catholics that we think they are not Christian by evangelizing them, then they often interpret that as us saying “We don’t want you to belong with us”.

If we can find ways to talk with Catholics about the gospel of Jesus that don’t imply that we think they’re not Christian, then we can have these conversations with all Catholics.

The simplest approach I find is to read a Gospel with them. As I do that, it is easy to say: “Jesus teaches that Christians should think/believe… Is that what you believe?” That way it is the Bible and the words of Jesus with the Spirit that decide whether the person is converted or not.

We need to be talking about the gospel with converted Catholics as well as unconverted Catholics, because even if Catholics are convinced that Jesus is the only way to be saved, they still need a lot of help because they are in a church that teaches that this isn’t true, and they’re in a church that teaches that the Bible isn’t the only way to know God—and they can’t see that. While they are thinking this through, it’s okay to leave them in the Catholic Church, provided they are meeting with a Christian or group of Christians to read the Bible together.

How likely is it that reform will happen within the Catholic Church?

Who knows? I haven’t heard the present Pope explain the gospel. I pray for a converted Pope because it could be a great platform to preach the gospel from—but if he did, he would have to change his job description substantially!

More seriously, I can’t see this happening whilst the Eucharist remains, and at present the Eucharist is the most important thing for most Catholics. The Catholic Church teaches that the Eucharist is the physical body of Jesus and the wine is his blood, and they worship them as such. If they are correct, then the way they treat the bread and wine is appropriate, but if they are wrong it’s idolatry. Without changing something as central and important as this, other changes are just window dressing.

Having said that, the Church of England has moved away from teaching that the bread is the flesh of Jesus and the wine his blood—though even they have found it hard and haven’t completely reformed even after 463 years!

I think the time has passed for us to call the Catholic Church to reform, as if their institution is fundamentally sound and just needs a few tweaks. I think we need to call on the Catholic Church to repent based on the clear teaching of the Scriptures, just as we would call on the Church of England and any other denomination to repent when their teaching and practices deviate grossly from the Word of God. I’m not optimistic but we need to keep doing this because God’s Word is powerful and he is gracious.

Read the latest ideas from GoThereFor each week, from your inbox. Sign up now.