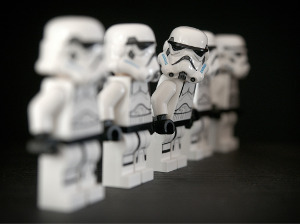 A recent viral video filmed on the campus of Washington University by the Family Policy Institute of Washington features a five-foot-nine inch white male asking others how they would respond to (what turns out to be) his increasingly ridiculous claims.

Early on, he asks how they might respond if he told them that he was a woman. Representative answers included, “Good for you” and “Nice to meet you”. He then asked for responses to his claim to be Chinese. While these answers did express an element of surprise, the general tone continued to be one of affirmation. What about if he claimed to be seven years old? Though his listeners wouldn’t believe him, most were happy to affirm his decision: as one stated, “If you feel seven at heart, then, so be [it], good for you”. Opinions were more divided on his claim to be six feet five inches: while most would question his clearly incorrect belief, they were more than happy for him to continue to believe that, with not one of them willing to tell him he was wrong. The video sums up by saying, “It shouldn’t be hard to tell a five-nine white guy that he’s not a six-foot five Chinese woman, but clearly it is.”

Why are we so quick to ignore difference? What’s the motivation? Why has our world embraced this denial of difference? I remember witnessing this curious trend for the first time on Frontline, the Australian Broadcasting Corporation’s comedy series from the 90s. In one episode, an unassuming academic was branded a racist and likened to a Nazi for simply publishing a statistical study highlighting certain differences between races.1 Now, in his defence, he was merely presenting what was verifiably true and was making no value judgements based upon those results. But even still, he endured ridicule for merely presenting the facts. Though the episode was fictitious and satirical, today it seems that the truth has become stranger than fiction.

Of course, we do recall times when differences were used to rationalize injustices. The Frontline episode made the link between the identification of distinct racial attributes and Nazi Germany’s horrific treatment of others based on race. Many more examples could be listed of evil perpetrated solely on the basis of difference. Perhaps it is in part because of this history that our world today is so sensitive toward difference: the identification of difference can be a precursor to inequality. Difference, therefore, must be denied. Yet as an overarching principle to life, not only is the denial of difference difficult to live by, it can also deny the good that God has built into this world.

So why is it hard to live by? Take, for example, the current debate about equal pay for equal work. Who would argue against men and women being paid the same for the same work? But there are hard cases. For example, since 2007, males and females have been paid the same prize money at the four Grand Slam tennis tournaments. However, the current world number one Novak Dojokovic has questioned whether this is fair: among other things, he has argued that since more people watch the men play and thus the games generate more money, men should be paid more. Now, his views are considered politically incorrect, but does he have a point?

Certainly more could be added to this argument: women need to win two sets rather than three, so one could question whether they are actually doing the same work. Furthermore, one could suggest that if women really wanted to be treated the same as the men, they should compete against the men. To put it another way, you could argue that the men are being unfairly discriminated against because of their gender difference: they aren’t allowed to compete in the women’s competition, which has a much lower standard of tennis, while offering the same prize money.2

Adding to the complexity is the reality that discrimination based on difference is not always wrong. We are right to discriminate against criminals by not allowing them to join the police force! Similarly, we reserve parking spaces for those with a disability. All of this is to say that our world struggles to live consistently by the belief that difference must be ignored.

However, as followers of Jesus, we don’t simply ignore all difference. Indeed, for us to deny certain differences is to reject the good that God has given us, for it is striking how profoundly good the Bible describes certain differences. God created marriage to be between one man and one woman; this gender difference is not one to be denied, but embraced and enjoyed. God didn’t give Adam another male, since Adam didn’t just need another pair of hands; the perfect partner for Adam needed to be like him (which is why none of the animals would do!), but also quite different from him (Gen 2:18-22).

In a similar manner, the New Testament’s picture of the earthly church outlines differences that are not to be denied, but treasured. Part of the argument of 1 Corinthians 12 is that God has made each of us different, and he did it for the benefit of the church: “If the whole body were an eye, where would be the sense of hearing? If the whole body were an ear, where would be the sense of smell?” (1 Cor 12:17). Imagine if we were all identically gifted: I can fairly safely say that we would have a terrible church. It takes a diversity of gifts to grow a church.

Which leads me to a critical point: contrary to what our world often believes, our individual differences don’t define our value. Though different, husband and wife are equal before God (Gal 3:28). Though different, every member of the church is equally needed to grow the church. Indeed, Jesus’ death on the cross teaches us that we are all equally and profoundly valuable. So can we learn to delight in our differences?

2 Regarding the standard of tennis, don’t just take my word for it: after the Williams sisters claimed they could beat any male ranked outside the top two hundred, they were challenged to a match by 203rd-ranked Karsten Braasch. He played them one after the other and easily beat them, winning 6-1, 6-2. (Karsten Braasch, ‘How to... beat both Williams sisters in one afternoon’, Observer Sport Monthly, 2 September 2001 [viewed 20 May 2016]: http://www.theguardian.com/observer/osm/story/0,,543962,00.html.)

Mike is the director of Ministry and Magnification at Christ Church Gladesville. He’s married to Michelle, and together they have four children, a lot of bikes, and lots of fun! He studied information technology at UNSW, and after working in that field for a number of years, he then completed a ministry apprenticeship, and studied theology at Moore Theological College. For seven years he led a young families’ congregation at Northmead Anglican Church, before joining Christ Church Gladesville. He loves recruiting, training and encouraging all of God’s people to serve, and also ensures that their Sunday public meetings are as edifying as they can be.