A letter of hope 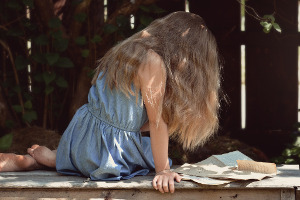 Names have been changed.

I was once a prisoner of chronic illness, housebound with the black dog as my companion. As Groundhog Days became years, my plans for the future vaporized. When I asked medical specialists if I would ever recover, most just shrugged their shoulders. My physicality, which once had fashioned my identity, was now a distant memory. I’d lost who I was. No energy, no car, no job, and dependent on relatives for accommodation. My dear wife had married one version of me and suddenly woke up next to another. Our relationship was buckling under the strain.

One day I undertook the challenge of shuffling to and from the letterbox. The effort drained me, but with a letter in hand I struggled back through the door and wilted on the couch. “I just can’t do this anymore,” I thought. “I can’t live the rest of my life like this. People will understand. God knows my heart.”

I opened the letter anyway.

My name is John. Our mutual friend Mike told me about your long struggle with illness. He asked me to write and encourage you to persevere in Christ in spite of what you are going through. My family and I have endured significant physical suffering over many years. I hope you don’t mind me sharing our story.

John had my attention.

He proceeded to document a life of unfathomable physical and emotional pain.

At birth John’s devoted Christian parents were told he wouldn’t walk and probably wouldn’t live long. He had four operations on his cleft palate before he was three. He contracted measles at age four, reducing his hearing to 25% in one ear and 60% in the other. Constant operations made him an infrequent attendee at school. Finally, in adulthood John received the diagnosis of an extremely rare genetic disorder. As he aged all his joints crumbled from cartilage degeneration and both hips were replaced before the age of fifty. Cataract issues cost him the sight in one eye. For much of his adult life he had been confined to an electric wheelchair, effectively housebound. He was forced to sleep in an inclined position to manage the excruciating pain.

The tale of physical and emotional suffering didn’t end there.

John and his loyal wife Kathy have four children. Subsequent to John’s diagnosis, three of them were found to have the same genetic disorder. One son had a cleft palate, hip displacement, and was legally blind. Two others had autism, no language, loss of sight in one eye, and more. So many of the earthly hopes John and Kathy held for their children would never eventuate.

The depth and complexity of such physical suffering made normal Christian community and friendships difficult. In the years John was able to attend church with his family, the staring and the thoughtless words of other Christians often cut he and Kathy deeply: “Why do you think God is punishing your family?”

John confessed that after decades of relentless suffering he nearly took his own life. But, having passed through that period, he continued to persevere. Suicide had first sent down spindly roots in my own mind the very morning I had received his letter. Yet, John’s experience clearly dwarfed mine. I found it hard to comprehend. How could anyone endure so much?

For Christians who’ve been around the block, the answer to that question might sound trite. But it’s not. Through the power of the Spirit, John had learned to trust God at his word. To him Romans 8:28—“for those who love God all things work together for good”—was no Christian cliché. He clung to it despite what felt like evidence to contrary. And he longed for the glorious day to come when God would “wipe every tear from their eyes, and death shall be no more, neither shall there be mourning, nor crying, nor pain anymore, for the former things have passed away” (Rev 21:4). On that day John will finally be given the resurrection body he craves. I want a front row seat for that!

As I finished John’s letter I burst into tears. God in his sovereignty had orchestrated my reading of that letter to perfection. Through unfathomable sorrow he had sustained John and kept him in the palm of his hand. He could do the same for me.

I doubt John thought of it in these terms, but he was being a disciple-maker. He was comforting me in my affliction with the comfort he himself had received (2 Cor 1:4). I later learned that the pain of typing was so great for John that, even with the strongest of painkillers, his powdery joints could only handle ten minutes of typing per day. He had squeezed from whatever capacity he had that week to write a letter of encouragement to an unknown brother.

That was well over a decade ago. Though the Lord has long since restored my health, John’s condition has not altered. But neither has his trust in the resurrection hope promised to him in God’s word.

I have often reflected on the way God used John’s letter to help renew my trust in him. Over the years, smaller, simpler notes of others (emails, Facebook messages, texts) have served the same purpose. Each one inched me forward. Most of us are capable of doing the same for others. John’s example doesn’t leave us much wiggle room.

Craig Glassock is the Coaching Director with Vinegrowers, a ministry behind The Vine Project. To learn more about The Vine Project or to start your free membership of the library/community visit https://thevineproject.com.

Craig Glassock serves as Coaching Director at Vinegrowers (www.vinegrowers.com). He has extensive experience coaching and developing people and teams, and is implementing a support program for church leaders taking part in The Vine Project. He is also undertaking study at Moore Theological College in Sydney. Craig is married to Samantha and they have two young boys.