When doubting leads to faith 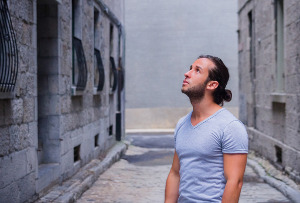 The Christian walk is one of reconciling the truth we know in our heads with the reality we see with our eyes. We know that the word of God in the Scriptures must agree with the reality of the world—which is also a manifestation of his sovereign spoken Word. And yet, truth and reality often seem disjointed. Faith is the ongoing process of digging and wrestling and labouring to understand our nitty-gritty reality in light of abstract doctrines of truth.

Sometimes this process of bringing truth and reality together in our minds feels an awful lot like doubt. In fact it is a form of doubt—the kind of doubt that serves our faith. There is doubt that undermines faith: the agnostic doubt that gives up too easily; the defiant doubt that rejects truth simply because it’s hard; the despairing doubt that accuses God of not wanting to be found; and the double-minded doubt that is “driven and tossed by the wind” (Jas 1:5-8), marbled with inconsistencies, not caring or believing that all things are God’s and that he is bringing all things together into one universe under Christ.

But the doubt that drives us to wrestle with God, to tear our Bibles apart, leaving no stone unturned as we look for sense and coherence and reality—that is doubt that serves our faith. This kind of doubt produces results, and doesn’t give up until the results are clear, satisfying, and settling. These trials of doubt are meant to strengthen our faith, and the Christian life is full of them. It’s in our DNA to wrestle (Gen 32:28).

Somehow, God is pleased with this kind of tenacity. It shows desire and integrity to persist in questions and confusions and frustrations that come when we don’t understand how the things we’ve read or heard line up with the things we’ve seen. It shows faith to doubt this way: faith that all things belong to God; faith that he has the answers; faith that he wants to reveal himself; faith that, when he does, the truth will make us glad.

Doubt was an integral part of what prepared the fishermen who became disciples to eventually become our apostles, the eyewitnesses of the resurrection (Acts 1:22). Their testimony is literally everything to us; without it we have no reason to believe Jesus is anything other than an ordinary man, and no good reason to live—or die—for him (1 Cor 15:3-8, 13-19, 32, 56-58). Our entire lives as Christians are based on the witness of those who saw Jesus, in his body, after his death, alive. If their witness isn’t true, then we who believe it “are of all people most to be pitied” (1 Cor 15:12-20).

John wasn’t necessarily plagued with doubt, but he certainly built his spiritual faith on what he knew was tangibly, physically, materially real… and he urges us to do the same:

Thomas’ legacy of doubt is widely known; perhaps he gets too much criticism for what serves as one of our most convincingly authentic reasons to believe that Jesus really rose from the dead. Without the written account of Thomas’ insistence that the man before him really show him that he was Jesus, risen in the flesh, how could we be sure our faith isn’t in an impostor? True, we are more blessed who believe and yet have not seen (John 20:29), but our belief is rightly based on the testimony of eyewitnesses of the resurrection like Thomas. Christ appeared to more than 500 people after being raised from the dead; surely this was to establish the rock-solid reality that what we believe is true in real time and real space (1 Cor 15:6). Surely this validates the legitimate necessity of Jesus’ historical, material resurrection. No one’s asking us to believe a fantasy.

Biblical faith isn’t blind. In fact, biblical faith requires greater sight even than empiricism. Biblical faith requires, in addition to physical sight, spiritual sight that only God can give—and until he gives it we are in fact blind, whether we can see or not. Reason without regenerate faith is the most profound form of blindness (John 9:39-41).

That’s what Paul learned. Perhaps the most knowledgable of all the apostles, he at first doubted the claims of Christ so vehemently that he killed those who preached them. Then, on the road to Damascus, Jesus appeared to him “as to one untimely born” (1 Cor 15:8). That vision of Christ literally blinded Paul, exchanging, for three days, his spiritual blindness for physical blindness. But his eyes had been opened. From that day forward he would walk in the invisible but real light of Christ, with the superior sight of a man who has believed.

One other apostle whose fearsome struggle with doubt is almost always overlooked is Peter. Peter questioned Jesus’ talk of suffering and even got in the way of it (Mark 8:32). It didn’t make any sense to him; indeed, by the world’s standards, it was folly (1 Cor 1:18). Jesus treated Peter’s worldly way of reasoning as if it had come from Satan himself—as that kind of blinded ‘wisdom’ always does (Mark 8:33; 1 Cor 2:7-9, 14; 2 Cor 4:4).

Peter’s denial of Christ may very well have been rooted in a deep-seated doubt that nearly sifted him right out of Christ’s flock (Luke 22:31). It wasn’t that Peter was a coward. Only hours before denying Christ at the campfire, he was drawing swords against the high priest (John 18:10). “I am ready to go with you both to prison to death” he had told Jesus (Luke 22:33). He followed Jesus into the commotion of the courtyard, and stayed there to see what would happen. It was there that Peter denied three times that he was a follower of Jesus.

A scared man would have left the fire, or at least hidden himself. Peter stays; he doesn’t hide. Why? Because he had to see what Jesus was going to do. His doubt had reached a climax: he needed to see if Jesus really was the Christ. And he was looking for it in exactly the same ways Satan had tempted Jesus: he wanted to see Jesus exert his power and prove he was the Son of God.

None of the gospel writers portray the people who questioned Peter as threatening or dangerous. And Peter’s responses don’t seem scared: they seem agitated, even angry (Matt 26:72, 74; Mark 14:71; Luke 2:57, 58, 60). Given Peter’s track record, it seems likely that what Peter was suffering was not a lack of courage, but a lack of faith—that bitter contempt that a person feels when they think the wool’s been pulled over their eyes. Ultimately, any rejection or denial of Christ boils down to unbelief.

Peter wasn’t an intellectual guy. He wasn’t looking for empirical evidence, or rationalizing, or even poring through the Scriptures for proof texts on why the Messiah would subject himself to suffering, mockery, and crucifixion. He was simply looking at the man he had given his life to—the man he had tried to become like—and wondering, “Did I make a mistake? Is this guy who he says he is?” For Peter, the answer didn’t need to be profound or cerebral. He’d take anything, any small sign to prove to him that Jesus was the Christ, worthy of Peter’s faith and his life.

And then a rooster crowed.

Just then, Jesus looked at Peter. The text doesn’t say how, or why, but Peter understood: Jesus knew what he was doing. He had told Peter this would happen—his doubt, his denial, the rooster—and Jesus had told Peter he would preserve him through it. And there was Jesus, right at Peter’s darkest, angriest, most defiant moment of doubt. And Peter wept bitterly. Surely he remembered in that look of Jesus what Jesus had promised him: “I have prayed for you that your faith may not fail” (Luke 22:32).

The result of Peter’s sifting, of his dark journey into the outer limits of his faith, was a preserved and stronger one. He got to his own limit and from there he saw that Jesus had what was necessary to preserve and extend his faith far beyond what he could ever imagine. This tested, proven faith would equip Peter for his task: “When you have turned again, strengthen your brothers” (Luke 22:32). Jesus wasn’t just protecting Peter’s faith: he was ensuring that the faith of many after him would be established, strengthened, and preserved.

We “who have not seen and yet have believed” (John 20:29) are the direct beneficiaries of the apostles’ insistence that Jesus is the real deal. As disciples of Christ, we join John and Thomas and Peter in a quest to see the truth of Scripture played out in reality before our very eyes. If Jesus is real—if he truly is ruling over all things in power over death—we should expect to see that power displayed in real life. Without ever becoming sceptical or cynical or suspicious, we ought to live with our eyes wide open, looking for signs of Jesus’ resurrection power and his universal authority all around us in real time and real space.

The New Testament tells us to look for such signs as:

These are, in essence, our rooster’s crow—our confirmation—that the light of the glory of the Son of God has dawned and that we are living in the eternal daytime of his resurrection. When we see these miracles happening all around us, we can know for certain that, although there is confusion and suffering and loss, Jesus has power beyond measure. Power we can trust.

Believer, wrestle through doubt. Don’t just shove it under the rug. Ask the hard questions, and look to God’s word for the answers. They’re in there, but you might have to dig. You might have to endure some darkness, some discomfort of the soul, some genuine sifting. But in the end, if, like Peter, you’re looking to Jesus for the answers, your doubt will ultimately lead you to greater faith. He can see you safely to the light of truth that stands in reality. When doubting leads to faith, you’ll have solid answers for a faith that is tangible, real, and founded on true spiritual sight that will one day be proven to every eye (Rev 1:7).