Allowing grief to be grief: Pastorally caring for those experiencing miscarriage 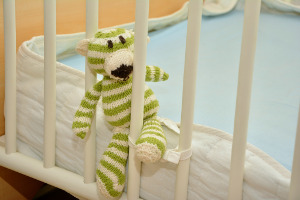 “It’s more common than you would think” is not a very helpful thing to say to someone experiencing miscarriage. It’s well-intentioned, and it’s also true, it’s just that it’s touching on part of the problem rather than a solution.

Miscarriage is more common than we realize because it’s not talked about. The very notion of the ‘three-month rule’ of not telling people the good news until after 12 weeks have passed makes miscarriage something hidden, something private, something secret.

Without anyone else knowing, two people hold a positive pregnancy test and immediately they are a changed family. They exist in a new bubble, separate from the rest of the world. It’s a place of imagining names and new Christmas traditions and birthday parties and family holidays and nursery colours. It’s a world of imagining themselves as parents.

When there is a miscarriage, not only the child is lost, but also those dreams. It’s mourning something that never happened. It’s a gut-wrenching pain over something that was so close.

And yet if a woman has a miscarriage on a Friday, often she’ll be back at work on a Monday. And she stays at work even though there are the physical after-effects, the doctor appointments, invasive tests and procedures. She and her husband will keep going despite the emotional effects—alone, in their bubble.

Often we can be naïve. It wasn’t a ‘real’ baby, it was only a blob. They hadn’t been pregnant for long; they’d only known for a couple of weeks. Just move on.

Obviously some people deal with loss differently, and deep grief is not compulsory. Some people genuinely haven’t connected to their pregnancy at the time of miscarriage. But many have. As soon as they see those two lines on the pregnancy test, they are aware they are parents. If the child had been on the outside of the womb, there is no way that we would treat the situation in the same way. The mother and father would not be going back to work so soon. There’d be support and love and counselling.

As Christians, we believe a child is a child from conception: inside or outside of the womb doesn’t matter. So we need to let grief be grief, and treat miscarriage accordingly. Most of us are also not professional counsellors, but as pastoral carers, here’s some ideas we can think about:

The pain of death and loss made Jesus weep (John 11:32-35). It is real and terrible and agonizing. It is all around us, and as churches we should be supporting people at these times. It may even be worth investigating courses to better equip ourselves to be able to reach more people where they are at and in their greatest moments of need.

Loss through miscarriage is intensely personal—everyone will have different reactions and different needs. But with Christian brothers and sisters there is support, with Jesus there is love, and with the gospel there is hope.

When Jesus explains the pending loss and devastation of the disciples, he tells them:

I have said these things to you, that in me you may have peace. In the world you will have tribulation. But take heart; I have overcome the world. (John 16:33)