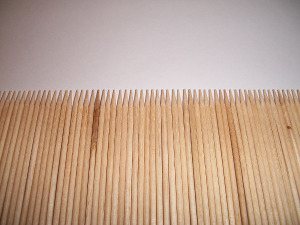 Success in many areas of life requires us to constantly broaden our repertoire. For example, the stand-up comedian must adapt their routine to connect with the different audiences and cultural contexts that they encounter. Similarly, in sport you need to be able to ply your trade in a variety of conditions. To reach the top in tennis you need to be able to play on hard surfaces, grass and clay. In cricket you need to be able to perform on the fast, bouncy pitches in Australia, turners in India, and seaming wickets in England. If a player can only perform well under certain conditions, their success will be limited.

It is the same for Christians with outreach. As believers engaged in evangelism, it can be very helpful to broaden our repertoire so as to better communicate the saving message within our changing cultures. The danger is that, over time, there are ways of doing things to which we grow accustomed and with which we feel comfortable. It is easy to stick with what we know. But the example and teaching of Paul suggest we need to avoid getting caught in a rut.

Scripture indicates that the apostle was flexible in his approach to sharing the gospel. Different contexts, it seemed, encouraged him to broaden his repertoire. For example, when speaking evangelistically to Jewish audiences, for example in Pisidian Antioch in Acts 13, his speech is heavily laden with quotes from and allusions to the Old Testament. I expect that this was an approach with which Paul would have felt very comfortable.

Yet when he was speaking evangelistically to Greek audiences, as in Athens in Acts 17, his approach was very different. His message was consistent with biblical teaching, but he did not refer to it directly. Instead he employed quotes from and allusions to Greek philosophy in an effort to get a hearing for his gospel message. My guess is that this was not Paul’s natural way of doing things, but that he changed his approach in an effort to interact as effectively as possible with Hellenistic culture.

We know that the gospel always remains the same—it is the power of God for salvation (Rom 1:16)—but the way we present it may need to adapt itself to changes in culture. Paul himself says:

To the weak I became weak, that I might win the weak. I have become all things to all people, that by all means I might save some. (1 Cor 9:22)

While we may not all minister cross-culturally, our own culture is continually shifting. Just check out the changing slogans for Coca Cola. In 1970s Australia—a time where people were seeking authenticity—Coke was “the real thing”. In the 1980s when a search for truth had given way to a quest for experience, Coke’s slogan was “You Can’t Beat the Feeling”. A decade into the new millennium, a desire for positive feelings produced “Open happiness”, subsequently replaced by full-on materialism with “Consume”.

In the last few decades in the West, we have gone from a concern for truth to a concern for experience; from text to the visual; from propositional truth to stories; from pronouncement to discussion; from expertise to opinion; and from the real to the virtual. People are less interested in Christianity, but retain an interest in the ‘spiritual’. Christianity itself has gone from being weird to being wrong.

In the last year or so, some new evangelistic courses and resources have come across my radar. Given that they are seeking to present the gospel to a new generation, I decided to examine a few of them. The end result is that our church is planning to expand our repertoire and incorporate a new course—Life Explored—and a new tool—Table Talk—into our outreach program.

Life Explored was put out by Christianity Explored Ministries, the people who produced Christianity Explored. But exploring life rather than Christianity is a different pitch. It studies the search for happiness, and explains why our society does not ultimately produce it. It makes strong use of visuals (each week contains a short movie), stories and discussion, as well as text and talks. None of this should be taken to suggest that it does not explain the gospel, it just seeks to unpack and apply the good news in the light of contemporary concerns. It is very well-produced, and has also received a glowing endorsement from Don Carson. We plan to use this course in conjunction with Christianity Explained—perhaps Christianity Explained in one term, and Life Explored in the next.

The other resource is a game called Table Talk, published around 2012 by The Ugly Ducking Company (yes, that is its name!). The aim of this game is to simply “get the conversation started”. Many of us pray for and look for opportunities to talk about our Christian faith or how our beliefs impact our lives or speak to contemporary social issues. This game helps provide such opportunities. Players sit around a table and, either via cards or an app, select questions for discussion. The questions range from the light-hearted to the serious, and everyone has the opportunity to say what they think.

It is not the job of Christians playing the game with non-believers to say, “Okay, well those opinions are all very interesting, now let me give you the correct answer”; rather we simply say what we believe. If others, either during or after the game, want to speak further on a topic, they can certainly do so. Actually, the game gives people of any religion or world-view the opportunity to convey their beliefs. The game seeks to open up discussion. Members of our church are planning to use the game in their friendship circles or with various groups.

I am by no means convinced that the evangelistic courses of 15-30 years ago are no longer relevant. I think many are still extremely helpful—we had someone become a believer during Christianity Explained this year. I am just suggesting that it may be helpful to broaden our repertoire.