In praise of meeting together 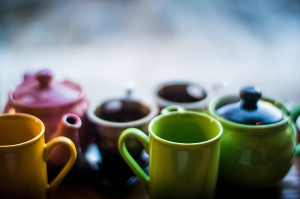 The thing I love about Bible study groups—or home groups, small groups, cell groups, growth groups, or whatever you call them where you are—is getting to know people on a deeper level as we learn together. The ten minutes after church are never long enough to have a conversation of much depth, and even at social things like dinners the conversation is usually fairly surface-level. But over the Bible, in a small group, in someone’s home, you really get to find out what people think and what makes them tick. (Well, usually you do. Sometimes it can take a long time for people to trust each other enough to open up. Sometimes the group never quite gels. But even then it’s a start.)

Each group is completely different, even if you only change it by one or two people. I’ve been in groups where people didn’t feel super comfortable with one another, so it was always a little bit stiff and polite, with lots of long silences. I’ve been in groups that spent more time on hilarious tangents than actually reading the Bible (we ended up having a notebook to write the tangents in to return to if time permitted, which it rarely did—because of the tangents). I’ve been in groups where some members knew lots about the Bible and others were brand new Christians, and we all struggled along together. Our current group is always full of entertaining and robust discussion; no long silences here!

One thing I really like about Bible study is hosting it in our home. Mum and I are a pretty good team when it comes to hospitality (well, I learned all I know from her), and we like people to feel welcome and comfortable. We chose the house we live in because we thought it would be great for accommodating groups, and we bought a big fat comfy couch that could seat lots of people, so we were so glad when we were asked to host this group. But we’ve held Bible studies in much humbler homes, so space isn’t a prerequisite (though it’s nice to have).

Another reason I like hosting is a purely selfish one, because to be honest, despite all I’ve said above, a lot of the time I just don’t feel like it. I can’t be bothered being sociable. I don’t want to share prayer points. I don’t want to look at the Bible. I don’t want to answer questions about the passage. I don’t want to see other humans. I just want to hide away with my face in a screen and not talk to anyone. But because we host the group, I have to be there (unless I’m too sick to get out of bed). If we didn’t host and I had anything I could use as an excuse, more often than not I’d probably play that card.

That would be to my detriment. No matter how unwilling I feel, once I open the door and greet people and talk, gradually my antisocial bad mood starts to dissolve and I remember how much I love these people who’ve made the trek to our house. We talk and read the Bible and laugh. We benefit from the preparation of the leader (who also may have liked to cancel but couldn’t), and in turn hearten them with our attention. Gems begin to reveal themselves in the passage, someone will make a comment, and I’ll suddenly see the verses in a whole new light. We encourage one another as we talk about our lives, as we ask for prayer for struggles, as we share our joys. The living word coalesces and breathes its life into me and I know what it means to be part of a community of believers.

It says, “Let us consider how to stir up one another to love and good works, not neglecting to meet together, as is the habit of some, but encouraging one another, and all the more as you see the Day drawing near” (Heb 10:24-25). Bible study is not always a wonderful experience, or we wouldn’t be tempted to neglect meeting. Sometimes it’s frustrating, hard work—like anything involving humans. But it’s worth it.

This article first appeared on The Bexfiles, and has been republished with permission.