Evangelistic opposition: Are we up for it? 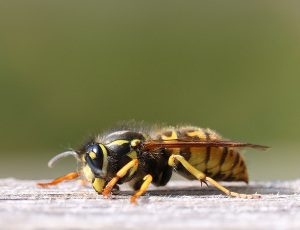 I am all for avoiding unhelpful gender-sex-role stereotyping, but one fact that continues to amaze me is the almost universal incapacity of men to see stationary objects in the refrigerator. We can spot moving objects with great skill—for example, a flying football, or a fish near the surface of the water far up-stream—but faced with the challenge of locating the margarine we stare blindly before in desperation seeking the assistance of the most proximate female, who simply glances inside the fridge and hands it over.

I have read the book of Acts a lot over the years, and love it—the outreach, the growth of the church, the missionary journeys. I have even done a PhD on it. But recently, perhaps because of my familiarity with it, I had stopped seeing (at least, stopped properly appreciating) something that had been staring me in the face, and which I was very much aware of in days gone by. The truth that I have re-noticed is the fact that gospel proclamation, no matter how it is carried out, will result in opposition!

At church we’ve recently been preaching through some of the evangelistic sermons in the book of Acts, examining the proclamation of Peter, Stephen and Paul. As we have looked through their speeches, and sought to understand what they could teach us today, many truths have emerged: the centrality of evangelistic mission in God’s purposes, the importance of a clear presentation of the gospel, and the importance of seeking to engage with one’s particular audience or conversation partners.

And the other lesson—regardless of the speaker, regardless of the audience, regardless of the dominant response in a particular situation—is the fact that gospel proclamation always leads to opposition. Every time one of these guys stood up to explain the good news about Jesus, they would have known—before they started speaking—that they were potentially walking into a hornets’ nest, that their words would provoke some level of opposition.

Take Paul, for example. As a result of his preaching to Jews, he faced the threat of death in Damascus (Acts 9:23) and in Jerusalem (Acts 9:29). So, when he gets up to speak to another group of Jews in the synagogue at Pisidian Antioch in Acts 13, do you think he would have been expecting anything very different? Do you think he would have expected an out-pouring of appreciation? I doubt it. No, he would have known very well what he was up for—and the sheer fact that Paul began to speak indicates that he was fully prepared to face some level of conflict. (As it happened, and as was usually the case, some of his hearers in Pisidian Antioch believed, some were interested, and others persecuted him.)

Persecution is, after all, something that Jesus had warned his followers about in John 15:20: “If they persecuted me,” he said, “they will also persecute you”.

What about today? Well, it is certainly the case that Christians who speak about their faith in our current cultural climate will cop some flak. Unfortunately, we can provoke opposition because, quite frankly, we are sometimes rude, arrogant and insensitive. While we may not actually have a bumper sticker on our car saying “Turn or burn”, we can explicitly or implicitly convey such attitudes of self-righteousness and insensitivity. But at other times we can provoke opposition simply because we are Christians speaking about our beliefs, no matter how humble, informed, clear or logical we are. Sadly, to some, we are simply the smell of death (2 Cor 2:16).

Mission, evangelism, and personal witness need to take place, but it will often… sometimes… occasionally… provoke conflict. The question is: Are we prepared to wear this? Are we, like Paul, prepared to promote the gospel knowing it will sometimes result in opposition? If your life is dominated by the need to avoid pain at all costs, you are unlikely ever to speak about your beliefs when asked, let alone look for opportunities.

Our church took part in the Australian National Church Life Survey last year. One of the interesting statistics that emerged was the percentage of people in our parish who felt at ease talking about their faith. The answer was about 18%! Now, this doesn’t mean that the other 82% don’t talk about their Christian beliefs. Many would pray for strength, grit their teeth and simply do it. However, we tend to avoid the things we find hard, so, no doubt, some would avoid speaking when the opportunities arose. One of the main reasons for this avoidance would, no doubt, be fear of conflict.

This side of heaven, opposition to the good news about Jesus will always be present, but there is that great encouragement—Jesus promises to be with us (Matt 28:20).

Here is a question to ponder: If we knew in advance that humbly and sensitively explaining the gospel of Jesus to ten people would result in one person becoming a believer, eight people being politely disinterested, and our relationship with one person becoming damaged, would we do it?