The gospel that turns awkward to awesome 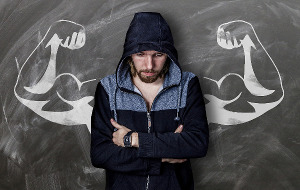 A few years back I asked 110 people from my church, without notice, to anonymously write a gospel outline on a piece of paper in two minutes.1 Here is a summary of those aspects of the good news that they mentioned:

As you can see, there were a lot of references to God, sin, Jesus and his death on the cross for sins. That is encouraging. But note the low frequency of references to death/judgement. Saying that people need to be saved from the judgement they face as a consequence of their wrong-doings is certainly something that is very awkward to convey today. “Who are you to tell me I will be judged?” a non-believer may respond. “You Christians are so judgemental! I prefer to think of a god of love.”

Note, also, the low frequency of references to repentance, belief, forgiveness and eternal life. This might simply have been because people ran out of time, or because they separated the gospel message from the response to the gospel message. That said, the idea of having to repent is also an awkward aspect of the gospel in our contemporary context: “Don’t tell me what to do!”

We, as Christians, usually know what people in our culture will not like hearing. And we, like most people, prefer to avoid things that are awkward or unpleasant. The problem is that the gospel—the best news in the world, and I mean that literally—contains awkward bits.

At church we’ve recently been preaching through some of the evangelistic sermons in the book of Acts where the God-empowered evangelistic skills of Peter, Stephen and Paul are prominently on display. There is a lot to learn from these men. For example, they sought to be sensitive to their audiences and engaging in their address, taking into account their hearers’ interests and concerns. Compare Paul’s approach to a predominantly Jewish audience in Pisidian Antioch in Acts 13 with his approach to a Greco-Roman audience in Athens in Acts 17.

However, and more importantly, they also sought to be clear and faithful in their proclamation of the gospel message. The approach may vary from situation to situation, but the gospel remains the same. It is, after all, the gospel that saves. As Paul says in Romans 1:16: “I am not ashamed of the gospel, for it is the power of God for salvation to everyone who believes, to the Jew first and also to the Greek”. The gospel saves… the whole gospel… with the awkward bits included!

Our first century evangelists did not leave the awkward bits out! There was one particularly awkward aspect of the gospel for first century Jewish people: the idea of a crucified Messiah. Many Jews at that time were looking for the Messiah, the anointed one, the man God was going to raise up to bring about a great kingdom. Most would have expected that this would be a political kingdom, a kingdom like King David’s but better. In the first century this would have involved Jewish liberation from their Roman overlords. To tell such an audience that the Messiah had been crucified would have seemed utterly absurd. Crucifixion was a horrendous way to die—public, prolonged and painful. To be crucified was to be utterly defeated. Furthermore, Jews believed, based on Deuteronomy 21:23 that “a hanged man is cursed by God”. How could God’s Messiah possibly be crucified? Yet, Peter (2:23, 36; 3:15), Stephen (7:52) and Paul (13:28–29) refuse to omit the awkward truth of Jesus’ death when speaking to Jewish audiences.

When the gospel moved out into the more Greco-Roman areas of the Empire, the evangelists faced another concern: the idea of physical resurrection. While there was an understanding of bodily resurrection in the Jewish cultural context, the idea was very much at odds with Greco-Roman thought, which was more attuned to the concept of the immortality of the soul. Physical resurrection was considered absurd in Hellenistic thinking. For example, Pliny the Elder asserted that:

Even the Deity cannot do everything. For he cannot… make mortals immortal, or recall to life those who are dead.

As such, it comes as no surprise that Paul’s reference to the resurrection of the dead in his speech in Athens provokes a variety of responses, one of which is sneering (Acts 17:31-32). Despite the awkwardness, Paul did not omit it.

Today, we, like the first century evangelists, will want to be sensitive to those with whom we share the gospel. We will want to take into account their interests and concerns. However, we will also want to be faithful and clear in conveying the gospel—and this means all of the gospel—awkward bits included.

Your average westerner today is not overly offended by the crucifixion of Jesus, or by the idea of bodily resurrection. The real stumbling block today is the fact that sin leads to eternal judgement and that people need to repent. Yet, we cannot leave these awkward bits out. It is the whole gospel that saves, and we need to honestly speak about universal reality, not contemporary fantasy. When we say that “Jesus saves” we need to explain what it is that Jesus saves people from.

While death and judgement is awkward, it does give us the chance to show how much God loves us—an idea that is very popular today! Jesus, the Messiah, the Son of God, who was entirely innocent of any wrong-doing, suffered death and judgement in our place. He died and faced judgement so that we would not have to: “God shows his love for us in that while we were still sinners, Christ died for us” (Rom 5:8).

1. I referred to this survey in a previous article, ‘The Christian bucket list’.↩