How to influence your conscience (before someone else does) 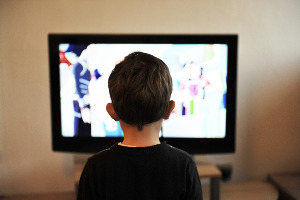 What was the first music you owned? For me it was a CD by Blink 182, The Mark, Tom and Travis Show. Well, when I say owned I mean permanently ‘borrowed’ from my brother when I was 10 years old. I enjoyed it so much that it became the only CD I listened to. ‘Enjoyed’ is really an understatement too. I listened to it and sang myself to sleep every night for six years—much to the annoyance of my brothers.

Wanting to relive the nostalgia of my youth, I went to sing a song from this CD at a karaoke night with Korean friends from my church. After displaying a rather remarkable range in pitch of which I was rather proud, my ballad was cut short as the sexually explicit content of the song I was singing became apparent. Recognizing its unhelpfulness and feeling embarrassed, I changed the song.

As I look back I can see that, through continual exposure during my youth, my conscience became desensitized to constant swearing and sexual references. It was not until this event many years later, as a Christian amidst other Christians, that I was able to rightly perceive the offensiveness of what I had spent so many nights of my youth enjoying.

For most of us, the normalization and celebration of sin has become so pervasive in the entertainment we grew up enjoying that it can be difficult for us to discern whether or not God is pleased with our lifestyle. There is often a cognitive dissonance between what we believe about God and his law and how we live. So, how are Christians meant to navigate this complicated issue?

Appealing to a conscience that has been informed by God’s word is the means through which Christians can honour God with entertainment and maintain the integrity of our witness to this fallen world. The conscience is the moral faculty given to all of us by God that enables us to pass moral judgements on ourselves.1 Its intended function is to act as a mirror “so that we can determine our true spiritual state in accord with the mind of God”23 Richard Sibbes, the Puritan theologian, compares the conscience to a divine court within the soul that works as a witness (2 Cor 1:12; Rom 2:15), as our guide (Acts 24:16; Rom 13:5), and as our judge and executioner condemning us and filling us with grief when our guilt is discovered (Rom 1:32).4 So serious is the role of the conscience that Paul can say that, though all food is clean, if anyone is convicted that to eat certain foods would be disobedient to God, such a person “is condemned if he eats” (Rom 14:14, 23). Why? Though our conscience is fallible, whatever we do that causes us to disobey our conscience is sin (Rom 14:23).

One way to understand the effect entertainment has on our conscience is through the concept of a laugh track, something you’ll hear on many sitcoms. Brian Patrick explains:

The laugh track is a social cue, a means of exerting group pressure. The viewer follows the group norm and thoughtlessly laughs along.5

All entertainment seeks to convey a particular world view, aiming to evoke a response favourable to the moral messaging they seek to promote. In one sense, our conscience can be viewed as an internal laugh track that influences our disposition towards what we watch, listen to or read. Albert Mohler describes how our internal laugh track is being affected by the morality of the shows we watch:

There is no way to watch entertainment, regardless of its media format without also receiving moral messaging. Sometimes that moral messaging comes directly to us in terms of something we recognize. But far more ominously from a Christian perspective this moral influence often comes in a far more subtle form. It is the rearrangement of our intuitions, sometimes even of the laugh track of our lives. That is a moral change that we might not so readily perceive that explains why we might laugh at something now we would not have laughed at just a matter of a couple of years ago.6

I remember watching the movie American Pie during high school. In it, five boys make a pact to lose their virginity before their high school graduation. By the end of the movie, all of them have lost their virginity and we see each of them content and satisfied in having finally had sex. As fun as this movie was, the moral messaging intentionally romanticized sexual immorality and presented a view which depicted a one night stand as a boy’s initiation rite to manhood. I remember reflecting on how fulfilled they were, and the profound yearning this produced in me. The intuitions of my laugh track were so rearranged by this experience that I decided that I too wanted to lose my virginity by the time I had finished school. A movie or a book is like a sermon, and we kid ourselves when we say they don’t exert a moral influence on us.

Because “the heart is deceitful above all things” (Jer 17:9), unbelievers and believers alike can settle for a lifestyle in which they are not at peace with God—while trying to talk their consciences into a false sense of it. Such a lifestyle can incline the affections of our heart towards the world and prompt actions and reasonings that are unscriptural and unreliable. Ashley Null aptly describes this relationship:

Our heart never remains neutral, but its influence on our moral reasoning is often imperceptible. If we continue to justify our worldliness, the resulting defiled conscience can strip us of awareness of sin and of sensitivity to our need for repentance, leaving us in danger of shipwrecking our faith (1 Tim 1:19 cf. Eph 4:18). John MacArthur provides this helpful illustration:

… the conscience functions like a skylight, not a light bulb. It lets light into the soul; it does not produce its own. Its effectiveness is determined by the amount of pure light we expose it to, and by how clean we keep it. Cover it or put it in total darkness and it ceases to function. That’s why the apostle Paul spoke of the importance of a clear conscience (1 Tim 3:9) and warned against anything that would defile or muddy the conscience (1 Cor 8:7; Titus 1:15).8

God has provided the means for our conscience to have peace with God. “Man cannot worship God with a guilty conscience”.9 That’s why Christ died, so that we would have “our hearts sprinkled clean from an evil conscience”, granting us “full assurance” of peace with God (Heb 10:22 cf. 9:14). Puritan theologian William Fenner wrote about the abiding peace and comfort of a good conscience. A good conscience, he said, arises from a life of integrity and the fear of the Lord, where we seek to obey God with sincerity, in every area of life and with humility over our sins and dependence on Christ and his Spirit.10

In the entertainment you engage with, have you been allowing God’s word to shape the laugh track of your life—or has your laugh track been subtly shaped by the world? To help you answer this question, reflect on whether the things you are laughing at or approving of help or hinder your conscience, by asking whether they promote or undermine your sense of peace and comfort before God.

And as you do this, remind yourself of the lasting comfort of a good conscience. Take hold of the gift of your conscience, and seek to steer it by God’s word towards what pleases him, that it might steer you towards the same.

1. JI Packer, Concise Theology: A Guide to Historic Christian Beliefs, Tyndale House, Wheaton, 2001, p. 114. Here Packer defines the conscience as “the built-in power of our minds to pass moral judgements on ourselves, approving or disapproving our attitudes, actions, reactions, thoughts, and plans, and telling us, if it disapproves of what we have done, that we ought to suffer for it. Conscience has in it two elements, (a) an awareness of certain things as being right and wrong, and (b) an ability to apply laws and rules to specific situations. Conscience, as distinct from our other powers of mind, is unique; it feels like a person detached from us, often speaking when we would like it to be silent and saying things that we would rather not hear.”↩

3. Conscience literally means “a knowledge that is shared”. In Hebrew, the word for conscience is typically translated as ‘heart’ (cf. Exod 8:15). The implication is that conscience is more than just intellectual self-awareness, there is a moral aspect to our awareness—knowledge of right and wrong—that touches our affections. In A Discourse of Conscience, William Perkins translates the biblical word for conscience as ‘co-knowledge’ or ‘co-testimony’. He shows that the word itself witnesses to the divine dimension of conscience, for who can ‘co-know’ our deepest thoughts and feelings but God and ourselves?↩

10. Such a conscience “maketh a man taste sweetness in all outward things: in meat, in drink, in sleep, in company of friends… In life, in death, in judgement, it is unspeakable comfort”. Quoted in Joel Beeke and Mark Jones, A Puritan Theology, Reformation Heritage Books, Grand Rapids, p. 924.↩

Mike and Pip have been married since 2009 and love serving Jesus together. Mike completed a Bachelor of Divinity at Moore Theological College and is now working as an Assistant Minister at St David’s Forestville.