Is Ecclesiastes too depressing to read? 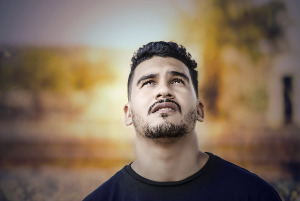 On a surface reading, Ecclesiastes appears dark, demoralizing and devoid of real hope, faith or joy. It is easy to miss the truth that Ecclesiastes is written from a position of faith—which is why we the readers often forget that this book exists to teach us about God, not just about life without God. That alone makes it not only worthy of study, but determines how we study this enigmatic book. The writer believes and trusts in the God of Jacob, Isaac and Abraham—that is, the God of the Scriptures who has graciously revealed himself throughout its pages. What is he really saying?

We readers must journey with the Preacher, who in the pursuit of life’s meaning leaves no hedonistic venture untouched, no ambition unfulfilled and no thought unexplored as he seeks meaning “under the sun” and “under heaven”. Some believe these terms to be synonymous, but I have my doubts.

I suspect that “under the sun” is used to examine life without reference to God in order to prove the futility of a godless existence. But for believers this sort of Kardashian superficiality barely qualifies for serious scrutiny—especially not for twelve chapters—so I don’t think this is all God is doing with Ecclesiastes. When God’s existence is assumed, however (and he is included in the examination of life “under heaven”), is there then any meaning in pleasure, toil and riches? Now that’s a question worth struggling with, and I believe this is exactly what Ecclesiastes forces us to do.

In what way, if any, does God’s overseeing of the world supply meaning to believers? In an age (like ours) besotted with novelty, Ecclesiastes reminds us that there is nothing new under the sun. Those of us with iPhones know exactly what the Preacher is saying: so much hype, but each successive model succumbs to obsolescence. Can the same be said of the righteous when compared with the wicked? Doesn’t death mean that the pursuit of righteousness offers no more meaning than the pursuit of selfishness? In the end, don’t both the righteous and the wicked suffer the same fate of inbuilt obsolescence?

So how should we study this book in a way that ensures our question is answered?

Personally, I found it really helpful to read the book twice, each time all in one sitting. Immediately it becomes clear that there are two voices speaking to us: the news anchor in the studio and the reporter in the field. The news anchor speaks in the first and last chapters and gives an interpretation of the preacher’s teaching. He is the one who in chapter 12 concludes the discussion on how best to live in this world. The reporter, however is no independent observer. He is the story; it’s the Preacher’s journey for meaning and ultimate satisfaction that drives the text.

In my first reading, I noted every reference to God—and there are surprisingly many. Surprising, because much modern preaching so focuses on the theme of living “under the sun” without reference to God that we may think that God is absent. But God looms large in the text. Ecclesiastes paints a glorious picture of God as the creator who gives good gifts to people (2:24-26; 9:7-10); as the judge, both present and future, of all creation (1:13; 3:15-17; 8:11-13; 11:9); and as sovereign over the good and the bad experiences of life (7:13-14). It is perhaps this last facet that believers struggle with most. Our preacher also struggles with the wicked triumphing and the righteous suffering, but he knows that God will bring all people to judgement.

During my second reading I simply noted any descriptions of humans. We have eternity in our hearts (3:11); our fate is the same as the animals’ (3:18-21); not one of us is righteous (7:20); even though the first man was created upright, we all have gone our own way (7:29); and our hearts are evil (9:3). This is life post-Genesis 3. This is the cursed life. Is it possible to find meaning in a world under the curse of sin?

The current philosophical fad, optimistic nihilism, seeks to find meaning within the transience of life. To some extent it has arisen from the atheism of Richard Dawkins and the late Christopher Hitchens. For the new atheists, the brevity of life has no choice but to be celebrated, so optimistic nihilism reduces life to “be happy because you will die”. You need to live your best life now—and post it online for all to see. But there is nothing new under the sun, and so optimistic nihilism is what Ecclesiastes calls “eat, drink and be merry, for tomorrow we die”—and then face judgement.

And so paradoxically, in Ecclesiastes it is the judgement of God that declares that life is more than the pursuit of happiness. Ecclesiastes suspects that in judgement there is hope for those who:

Fear God and keep his commandments, for this is the whole duty of man. For God will bring every deed into judgement, with every secret thing, whether good or evil. (Eccl 12:13-14).

What Ecclesiastes suspects, the gospel of Jesus Christ confirms.

Romans celebrates the wonderful gospel of Christ and argues that it is humanity’s only hope. But even with Christ’s death and resurrection, the dominant present human condition is one of suffering and frustration (the same idea behind the word translated “meaningless/vanity/futility” in Ecclesiastes). The pursuit of happiness in the world is unattainable, even with the gospel. We see this clearly in Romans 8:19-24. Even with the gospel, even with the hope of resurrection, creation presently groans in frustration and Christ’s followers presently groan because life remains tough. Only pompous wealthy westerners can entertain optimistic nihilism, and only then for a few years before sickness, depression, disease and death reveals worldly happiness to be the vapour it is.

But what about believers? Has the gospel of wellness, or the gospel of blessing, or the gospel of success infiltrated our psyche? Have we forgotten that our hope and glory lie beyond this world and are centred on Christ and his kingdom? Ecclesiastes challenges us to stop living for meaning in this world, but instead, through the lens of Christ, to live meaningful lives in this world—to give ourselves to the Lord’s work, because that labour is not vanity (1 Cor 15:58).

Darren is senior minister at LCM Churches. He's married to Simone, and they have three children. When he can, Darren makes his way to the closest beach. You can’t follow him on any form of social media.