The value of training women for ministry 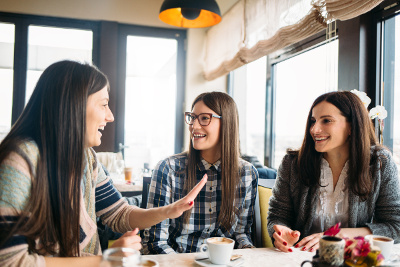 Tracey Gowing helps oversee evangelical student ministry across Australia. In her role she has trained and influenced countless women, and worked with plenty of men. Anyone who’s worked with Tracey will attest to the fact that whilst she’s highly opinionated, passionate and witty, she’s also respectful, loyal and constantly sacrificing herself for the sake of the team.

Tracey is full of practical wisdom on how to live out the Bible’s teaching on men and women. I thought I’d pick her brains, firstly on how she trains women, and then next time on how she works with men.

L: You’ve spent most of your paid ministry life in the university context. What pressures are on women, and how have you sought to challenge them?

T: How have I sought to challenge women? By saying controversial things? I suppose I just keep reading the Bible. As I read the Bible with women, we see that what God says is good. I get women to critique the world that we live in, to see what’s good but also what’s contrary to God’s word.

In our world both men and women see their value and significance in what they do. There’s great pressure for Christians to think the same. But careerism is not what life’s about—for men or for women. Life is about being in relationship with Jesus, fully known, fully forgiven. Our identity is as children of God, dependent in everything on what he has done. For the Christian, work is a good thing, but it’s given for the service of relationship.

Feminism and the university agenda pressure us into thinking that “a woman can do everything that she wants” and that “men and women are the same”. But that’s just ridiculous. You want to be the captain of the Australian men’s cricket team? I might like to! But even if I wanted to, I couldn’t. There’s a limit to what women can do, just physically.

I don’t want to overplay the differences between men and women, but I don’t want to deny them. I want people to see that God has made us to complement each other—to be in union together, not to compete with each other.

We want lay people—male and female—being as active as possible. Ephesians 4 says that the role of evangelists, preachers and teachers is to train and prepare people for works of service. So you could say that we just need to pay men to do that.

And yet, I think the world is moving away from that model. I believe in complementarianism; I think that’s what the Bible teaches. So if men and women working together as one is significant, how do you model that in a leadership or church context? If you can have volunteer women as part of your leadership team, that’s fantastic! That’s why we had a huge number of women involved in ministry in the past—their husbands funded it. But that’s not always possible. Paying women frees them up for theological training and then working on leadership teams with men. It expresses the richness that you can have in complementarianism.

There are also contexts where having a female on a staff team is particularly important. One is student ministry. There are more female students than male students in Australian universities.

L: How do you train women for ministry?

In my context, most men end up being preachers (and need great exegesis skills) but most women end up doing ministries where they need really good systematics. Do men need to know systematics? Yes. Do women need to know exegesis? Yes. But I still think there is truth in my generalization.

Both men and women face similar pastoral concerns (e.g. infertility, sexual immorality, rape) but the way they deal with them is generally going to be different. 1 Peter 3 talks about women being a weaker vessel. I think in context it’s talking about the physicality of the body, which experientially we see is true; for example, women are more likely to experience abuse.

L: What about time and emotional toll?

A good male friend of mine compared giving male and female trainees the same follow-up task. The guy goes away for five minutes and comes back with the job done. The woman takes three times as long, partly because in her phone call she’s working on the relationship—but when she returns, she will have more information and will have done the job better.

In ministry, there tends to be more emotional load for women. When there have been really intense conversations, a woman tends to keep replaying them, trying to work out how to do better. She’s more likely to ‘feel’ the situation—so there’s more emotional wear. When a woman walks into our staff meeting, I’m aware that she could have come from an intense conversation and not had a chance to deal with it. She could be emotionally exhausted. Meanwhile, the men come in generally ready for the next task.

Another generalization is that women often need to feel ‘known’ before they speak up in public. So when I’m running a conference, I try to help the women get to know each other, so that they’ll share. Something that I’ve noticed is that women’s ideas are so tied to them, that a rejection of their ideas is tied to a rejection of their person. Whereas for guys, often you’re just arguing about ideas, and it’s not personal in any way.

L: That’s why I call certain things arguments and my husband calls them conversations.

T: Yes; he’s just putting an idea out there…

L: What are some of the biggest traps or dangers for women in ministry?

The biggest one is that because we’re so relational, women’s ministry can become dominated by talking about how we’re feeling, and sympathizing with each other.  You’ve got to do that to some extent, but you can end up generating more and more problems. So many times I’ve been talking to someone about something, and then we read the Bible and… problem solved! God’s word either provided the direct answer, or the framework to think in, or it lifted our eyes and helped us to think about the big picture of what life is about.

Another trap is not trusting men. This one needs some explaining. Eve’s sin is to take control rather than trust that God’s given men and women to work together. We need to support those that are responsible, not tear them down. The Bible says that being with a quarrelsome wife is so bad it’s better to live alone in the desert (Prov 21:19). I think that warns us that we should use our communicative abilities to encourage rather than discourage.

Another danger is being afraid of mistakes. This is both for men and for women. In ministry we need to recognize that our strength and our refuge is in God. It’s a privilege to be his servant, and we can let mistakes happen, trusting God can handle it.

L: How should single women plan for ministry training when marriage is an unknown? Are single women different to single men?

At the start, men and women are the same. Both are thinking about how they can keep growing in their character, conviction and competencies as servants of God. But when I was a trainee, the female trainees often had two plans. One you have more control over: if I’m single for life, these are things I’d like to do. Single women can do a lot more public ministry. We all have some private ministry—I have my biological family and my god-kids—but single women have a lot more time for serving the broader church. In the second plan, where the woman gets married and has kids (God willing), her main ministry becomes family. They do a lot more private ministry, because of the intensiveness of loving their kids and husband.

While men have those two plans as well (I’ll be single or I’ll be married, and if I’m married things need to change a bit), for a woman the second plan is frequently a more dramatic change, because their private ministry becomes more predominant. Since the two plans could be so divergent for a woman, they generally tend to think in two-year lots.

L: The majority of your trainees become full-time mothers. Isn’t a two-year traineeship for vocational ministry a waste of time for these women?

A traineeship in vocational ministry hopefully trains people in a philosophy of living for the gospel, such that they are willing to lay down their lives to teach the Word, eager to see people become Christians, and keen to shape Christian organizations by the Bible.

As for waste… God never wastes anything. Our way of thinking about waste is fascinating: that something needs to be utilized in a particular way. To say that being a full-time mum is a waste of training downplays the significance of motherhood. Why not equip as many women as possible to love the Word and support their husbands in raising a gospel-shaped family?

The whole concept of a traineeship is about building the kingdom. It aims to give women (and men) conviction about the gospel, a character that’s changed by it, and the skills to live for the kingdom in any context. For the women who do traineeships and go on to motherhood, I hope that they’ll keep meeting with women to raise disciple-making disciples, keep working in ministry in partnership with their husbands, and keep doing things that are sacrificial and stupid in the world’s eyes. They’ll be willing to move to tiny small towns for the Lord.

L: You once said something that surprised me: the majority of volunteer ministries that happen during the week are filled by women.

Where are the opportunities for women to do ministry? There’s plenty of ministry for women to do! It doesn’t matter whether it’s voluntary or paid. There’s Scripture teaching, kids club, creative ministries, running Bible studies, doing talks for women at church, becoming the coach of a sports team for your kids so that you’re in contact with families from the community…. I could keep going.

Do you know what I think makes a good church? Strong public exegesis of God’s word done by men, and women meeting around God’s word together to build relational connections. The latter one grows your church support network. When women know each other, they look after the older women in the church and community, and they help the young mums work out how to be Christian mums and raise their kids.

At this point I’ll press pause on our interview, although Tracey has much more wisdom to share! In ‘part two’, I’ll ask Tracey for some of her reflections on working well with men.

Lauren and her husband Steve are currently studying at Moore College and serving at Glenmore Park Anglican Church. Lauren loves thinking hard about the Bible, and especially about what it says to women. She also loves doing jigsaws whilst watching SBS Insight.