Working alongside men in ministry 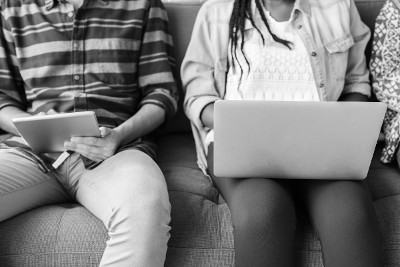 In ‘The value of training women for ministry’, Tracey Gowing shared some of her practical wisdom on how to train women for ministry and why that’s a worthwhile task. But as a ministry staff-worker on various university campuses around Australia, Tracey hasn’t just trained women! Many men will testify that they learned invaluable lessons about leadership and biblical manhood from having Tracey as their co-leader.

What’s her secret? Tracey has no new, radical beliefs—she just trusts the Bible. But from her years in the field she’s learned some great life lessons as to how men and women can work well together in ministry.

L: In your context, what are some of the similarities and differences between training women and training men?

T: Each person—whether male or female—is given to the body for the sake of the body. Each person is valuable and significant, and has a responsibility for building up the church (1 Cor 12, Rom 12). As I train men and women for ministry, I want them both to take responsibility for leading others in the word of God. I try to be the coach that gets out of the way. I give people enough input so that they can give things a go, see that they can do it, make mistakes—but see that that’s okay.

The difference between how I train women and how I train men can be hard to explain. Fundamentally, it’s relational. I’m sister-sister with the women, and sister-brother with the men.

Whenever I’ve led a Bible study with a younger man, generally I’ve let them know that they’re responsible and that I’m okay with that. Just because I’ve got more experience, just because I’m older or paid, doesn’t mean I’m superior in any way. I want to respect them, trust them, and build their confidence.

If I’m working on a ministry planning team with a guy, I’ll say to them, “What are we going to do? You’re the boss. What do you want me to do in this space? How do you want me to help?” And if they don’t know how to answer, I’ll say, “That’s okay, we can work it out together.”

For women, I want to help them work out how to trust and respect men, and be willing to submit. And for men, sometimes I also need to remind them that the ministry of women is valuable.

L: How do you do help men to value the input of women?

When I’ve led a Bible study with a guy, I’ve shown them that I understand the Bible, and then I’ve helped them understand the strengths of the women in the group (both in their theological thinking and their practical thinking). We’ve thought together about what role each member can play in helping the group to run. I’ve encouraged the men not to just give women the behind-the-scenes jobs (making the tea or cooking the cakes). The men need to work out how to lay down their lives for the women… so maybe they should make the tea and cook the cakes!

For some time you were the only senior staff member on a university campus. How did you express biblical gender roles in this space? How can an older woman contribute to the training and development of younger men?

When I met with the president, we chatted about how we wanted things to work. I told him that I trusted him to set direction, and I encouraged him to lead by example—living a godly life and loving the world. I also talked to him about how he was going to train the next student president.

I remember one day when it was pelting rain; there was one male trainee, myself and a female trainee. None of us had umbrellas, and we needed to get to the car. I thought it was a great opportunity for our brother to take responsibility for our welfare and lead by serving, so I asked him to go get the car!

L: How do you think men and women can work well together in the life of a church?

In Titus 2, within the church you need older women teaching younger women. Part of that is modelling, part of that is speaking. But God hasn’t just set up men to be the teachers and that’s it, full stop. There are major ways in which women can be leading other women and teaching the word of God—both evangelistically and pastorally—to see the church grow.

1 Corinthians 11 teaches us that both men and women can stand between God and the congregation, and speak on behalf of God to the congregation. Both can pray and prophesy. The manner with which they do that is different—and that’s significant, because headship matters. But the fact that they can both stand there recognizes that together men and women are one and can represent humanity to God and God to humanity.

L: Are there any specific ways that you help your male colleagues? Is there input you provide that other men might not be able to give?

I help men understand what’s happening for the women in their context, so that when they preach they can apply the text well. I also try to help men and women work in partnership around the sermon. You can’t expect the preaching to do everything—public preaching, one-to-one ministry and small groups all work together. When men raise certain topics in their preaching (e.g. sexual immorality) sometimes it’s helpful to give the female leaders a heads-up, so that they can follow up women in the congregation who may be confronted by the sermon.

How do you function helpfully as a woman on a staff team? Are there any pitfalls for women in terms of hindering, distracting or discouraging the ministry of male colleagues?

Well, sometimes I’m unhelpful! But to be helpful I think you need to speak up, communicate respectfully, and understand the people that you’re working with. When a decision is made, back that decision and recognize the risk that those in responsibility are taking. Thank them for them taking responsibility and care.

When things don’t work, try not to say “I told you so”, particularly if you had previously warned that you thought that might happen. Instead say to them, “Thanks for giving it a go; I wish it had worked”. Be committed to respecting and backing the guys that bear the weight.

How can men on ministry teams support their female colleagues? How might men discourage women?

One of the key things for women is to feel that they are known and valued by the men on staff. There needs to be a regular way for male staff to communicate with female staff and ask them how they’re going. This is not so the male staff can solve all the problems, but so that they can know what’s happening. Men need to know when to step in and when that’s not necessary, so that women have some autonomy to solve problems.

As for discouragement—be careful what you say up the front. In your average church, female staff are often spread over a lot of congregations, whereas men tend to be responsible for leading one. It’s easy for the announcements to be shaped by what the male congregation leader is directly tied to. Things that run across congregations can get less voice and appear less valued, when that might not be the case.

What are some appropriate ways that men can encourage and equip women for ministry?

Ministers ought to be looking for key women in their congregations who can partner with them in the work of ministry. The danger when you’re the one bloke is that you can be so driven by the task that you forget to invest in the relationships. But as you’re thinking through long-term plans and direction, who are the women you want as part of your leadership team? Who are the women with ideas, who understand what’s happening in the community? And how then can you show these women that you care about them and are willing to listen to them?

Women also need to be given a mixture of autonomy and connection/partnership. You don’t get women involved in church life just so you can abdicate all responsibility! It’s important that everyone involved in the running of the church shares the same vision for seeing people equipped.

Lauren and her husband Steve are currently studying at Moore College and serving at Glenmore Park Anglican Church. Lauren loves thinking hard about the Bible, and especially about what it says to women. She also loves doing jigsaws whilst watching SBS Insight.