Small and cute opportunities for evangelism 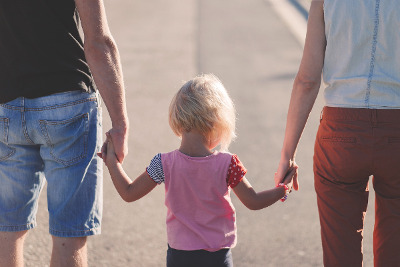 When I lived overseas as a missionary, I observed that my ministry was quite different to the young mothers on our team. Without a child, I found it hard to meet locals, but once I did befriend someone it was easy to spend lots of time having deep conversations. In contrast, the mothers looking after kids had no issue meeting people—their kids were naturally cute conversation starters!—but were not as free to sit and share the Bible with them. Maybe we should have done a bit of bait-and-switch!

Now back in Australia, it’s been fascinating to see the way having a small person in tow has opened doors that I never quite seemed to crack before. Ten years ago I just could never seem to meet anyone in any of the apartment buildings we lived in. I was at work or out meeting friends rather than hanging around at home, so I didn’t have the opportunities to discover many commonalities with neighbours. They were non-entities in my life, and I didn’t feature in theirs.

Now, however, I am very visible to my neighbours: when we play outside they have a good view! They know I’m here. Every time they stop to wave at my daughter, I find out a little bit more about them, and they about me. It was pretty easy to get the Christian thing established, as it’s natural to ask someone where they’re going if you happen to be leaving the building at the same time on a Sunday.

But it does still seem hard to take those relationships further. No-one so far has wanted to come to our house to eat. People are still mostly too wary to accept invites to church (we did have one neighbour who came to an evangelistic movie night). I wouldn’t say anyone feels comfortable sharing their problems with us yet.

What they do love to do, though, is to sneak little treats and gifts into my daughter’s hands. So why not do the same back?

Last Christmas my daughter and I decorated paper bags with her scribbles and some glitter. We then tried to make chocolate balls. This failed but at least produced something akin to chocolate slice, which we then packaged into the bags, along with a handful of wrapped chocolates. Last into the bags were personally addressed Christmas cards with a tract inside (I thought The Neighbourhood VIP was fitting).

All this done, we knocked on all the doors in our stairwell. Nobody was home, but I’d thought ahead and made sure our bags had a handle, so we left them hanging.

In our next interactions, did any of my neighbours mention the tracts? Nope. But they did say thank you, what a lovely little gift, how tasty, merry Christmas. No goodwill seemed to be lost, and I felt that at least if I hadn’t been able to steer any of the bumping-into-each-other moments into a gospel conversation, I’d been able to give them the opportunity to think about Jesus when alone.

So you bet I’m now planning something similar for Easter! I think Easter is more of a challenge, as not as many gifts are distributed as at Christmas so it feels less organic, but I figure it’s hard to turn down homemade food wrapped in a child’s drawing at any time of year.

I’ve settled on a tract (The Godforsaken God), now I just need to figure out what Easter-related treat has a chance of succeeding when baked by someone who is better at making a mess than following directions—not to mention Miss Three. Hot cross buns would be the most apt but I have a troubled history with dough. Apparently in the UK there is a special Easter fruitcake called simnel cake, which would be perfect except fruitcake is only tolerated at Christmas and weddings in Australia. And giving out chocolate eggs from the supermarket doesn’t feel caring enough to go with a tract.

Whatever we end up making, I’ll be praying that our neighbours feel our genuine care for them and read the tract with interested hearts. For Christians, Easter is a wonderful time for reflecting upon the fact that the God of the universe loves us too much to leave us without a way to escape the pain and sadness we created; it would be so wonderful if our neighbours began to see Jesus as someone who can save them rather than the Easter Bunny’s sad-faced sidekick.

I’ll also be praying that my own child will embrace Jesus as her king. If so, watching her grow as his follower will be another prompt for those who glance down at us out of their kitchen window to consider the difference he could make in their lives and deaths.

In a season of life when my interactions with people are frequent but short, creating extra ways of contact feels like a fitting use of my time as a disciple-making disciple. If you too have a small but cute companion that people like to smile at, I’d encourage you to try and strike up as many conversations as you can. You never know how God has been prompting that person that week to open up to him.

And when this season is over… I’ve now got another great argument to use on my husband as to why we should get a dog.

Rachel works for Matthias Media as the editor for GoThereFor. She gets paid to read Christian articles and fix the grammar—it's a dream come true! She's married to Seumas, and they have one daughter.