How to pray for engaged couples 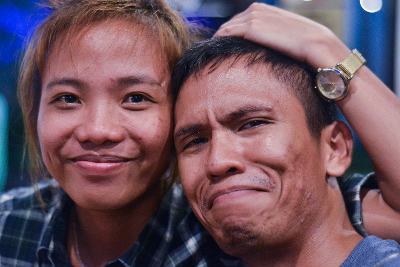 Over the past year or so, I’ve had the privilege of being a bridesmaid in three weddings. When you have a front-row seat to the whole wedding planning process, you are reminded how important it is to pray for the couple awaiting their big day. But I also noticed some wider trends that warrant reflection in ourselves and in our churches.

The role of the whole church

It was a wonderful privilege to support each of my friends in prayer as their weddings approached. But prayer isn’t just the bridal party’s job. Our churches are meant to be families who care about each other’s faith, not just the circumstances of our lives. For this reason, Paul exhorts us to pray for each other (Eph 6:18), and he models this by filling his letters with prayers for fellow believers.

We don’t need to go into detail about our struggles with every person in the congregation. But men and women need spiritual parents and grandparents throughout their lives, especially in major transitions. During the wedding ceremony, the congregation promises to support the couple in their marriage. Are we actually doing this well?

It’s pretty clear that we’ve failed in making sexual purity a normal thing to talk about, especially among women. If we don’t tackle lust, sex, and pornography openly, it’s going to feel mighty uncomfortable to bring it up when somebody is engaged. We need to do better at talking about our sins and temptations with friends, and especially related to sexual purity.

As you might expect, men and women are treated differently during their engagements. Women tend to be asked far more often about how the wedding planning is going. Before one friend’s wedding she worked full-time, while her husband studied, so he took on more of the planning responsibilities—but everyone assumed that she was doing most of it. He didn’t get the same level of support as women who take the lead in wedding planning.

When I talked to the husbands of my friends, some of them shared that few people outside of their close circle asked how they were going. They had support from people who were already praying for them before their engagement, but their communities appeared narrower than women.

I sat down with each of these friends and asked them to talk about their experiences of prayer while they were engaged. They gave some great advice on how you can be praying for anyone you know who is preparing for marriage.

Don’t only ask how the wedding planning is going. This puts more emphasis on the event rather than the lifetime of marriage ahead. It’s also important to invite your friend to share the good and the bad. One friend sometimes felt like she had to think of a negative prayer point to balance out how happy she was, not wanting to rub it in people’s faces. Give people the freedom to talk about their joy as well as their stress.

When somebody asks how the wedding planning is going, it’s hard to know whether they actually want details or are just asking to be polite… especially when it’s the twentieth time you’ve been asked that week. Help your friend by asking for specific prayer points—for themselves, their partner, the wedding, and their marriage preparation.

Be a safe place

Planning for a wedding (and a marriage) can consume your whole world. It becomes all people ask you about. So give people the space to be real and honest about how life is going, even if it’s not related to the wedding. Treat them as whole people, who need time to talk about other things.

At the same time, be willing to listen if the engaged person talks about their wedding most of the time. Any big life change is likely to dominate your thoughts, and they might need you as a sounding board. Patience may be particularly important if you’re single!

Don’t shy back from asking about topics that might be uncomfortable, within sensible boundaries. If you have a close relationship, ask about their sin, their purity, and their fears.

What to pray for

I was challenged by these conversations to be more intentional in how I ask people about any major life event (not just engagements). I’ve got several people in my life expecting babies, and I don’t want all our conversations to be about gender and names and all the superficial stuff. I need to ask about their fears and joys, how they’re leaning on God during this period, their anxieties, and how their marriage is going.

Keep these things in mind next time you hear an engagement announcement. Congratulate the couple, rejoice with them, ask about the wedding planning (it’s an overwhelming time, after all). But then go deeper. Pray for them, as individuals and as a couple, support them during those months, and speak biblical words of comfort when things are hard.

Cassie Watson is a ministry apprentice at Merrylands Anglican Church, working to see women grow in their knowledge and love of Jesus. You can read her blog at casswatson.com/ or connect with her on Twitter (CassLWatson).