Wealth despite faithlessness: the tragedy of the prosperity gospel 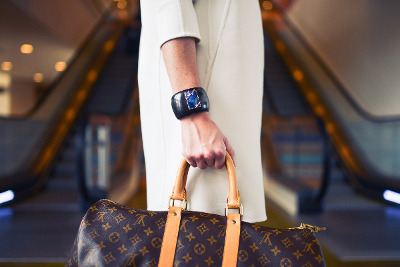 The great travesty of the prosperity gospel is that, if we embrace it, it can lead us to believe we’re being faithful to God when we aren’t. Just like the rich young man.

As you may recall, in Matthew 19, Mark 10 and Luke 18 a wealthy young man approaches Jesus to ask what he needs to do to inherit eternal life. After Jesus reminds him of what God’s commandments require, the young man assures Jesus he has kept them since his youth. To this Jesus replies: “You lack one thing: go, sell all that you have and give to the poor, and you will have treasure in heaven; and come, follow me” (Mark 10:21).

The Scriptures tell us the man left disheartened because he was so wealthy.

The epitome of faithfulness

Because we’re separated from these events by over 2000 years, this doesn’t shock us as much as it should—this man has just been undone by what is supposed to be an indication of his faithfulness to God.

The Old Testament is filled with God’s promises to his people regarding the abundance that could be theirs in exchange for their faithfulness. In Deuteronomy 28, for instance, God makes clear to Israel that if they are faithful to him they won’t have to worry about enemies invading their land and causing them trouble because God will grant them peace at their borders. In this peace, they will be able to enjoy fertility, great harvests, growing herds and flocks of livestock, and fresh wine aplenty. Deuteronomy 28:11 even says specifically “The Lord will make you abound in prosperity”. Additionally, Proverbs 3:9-10 contains one of the prosperity gospel teachers’ favourite verses to encourage people to give to the kingdom: “Honour the Lord with your wealth and with the firstfruits of all your produce; then your barns will be filled with plenty, and your vats will be bursting with wine”.

The rich young man likely thought his life was a good example of a Jew receiving blessing because of keeping the covenant. Yet the reality—as Jesus will soon reveal to us, the rich man and the disciples—is that he wasn’t rich because of his faithfulness to God; rather, he was rich in spite of his unfaithfulness to God. Considering the prosperity gospel’s promises of wealth and blessing are based upon the Sinai Covenant, we must pay careful attention to another testimony the Old Testament provides us, one that is extremely inconvenient for the prosperity gospel.

This testimony in the Old Testament acknowledges that, even though God promised his people great blessings in exchange for their faithfulness, the reality was that the wealthy among his people quite frequently grew their wealth through unfaithfulness.

One example of this testimony is Psalm 73:3, where David recounts feeling jealous of the wicked when he saw how prosperous they were in spit of their unfaithfulness to God. Psalm 37:7, meanwhile, acknowledges the injustice God’s faithful likely felt as they watched the wicked prosper, urging them to “be still before the Lord and wait patiently for him; fret not yourself over the one who prospers in his way, over the man who carries out evil devices”. Additionally, many of the prophets frequently call the wealthy to repentance for oppressing the poor in order to become even wealthier. Amos 4, for instance, calls the wealthy to repent for oppressing the poor and crushing the needy so they could enjoy even more wealth.

Now he had the opportunity to repent.

Instead of repenting, however, the Scriptures tell us the young man walked away. Why?

Jesus’s promise, however, looked nothing like that. Jesus promised the young man that if he repented and loved his neighbour as himself, he would no longer have such a great amount of earthly treasure—but he would certainly have heavenly treasure. Sadly, the young man lacked “the assurance of things hoped for, the conviction of things not seen” necessary to leave behind his earthly life in order to inherit eternal life (Heb 11:1).

In walking away, the young man acknowledged what many proponents of the prosperity gospel want to ignore: the radical change from Sinai to Zion. Not only do the new covenant Scriptures know nothing of Christ’s followers being promised earthly blessings for faithfulness, they regularly call us to be content with whatever we have (1 Tim 6:6), urge us to recognize that no earthly blessing can compare to fellowship with Jesus (Phil 3:8), and even rebuke us when we ask for things with the wrong motives (Jas 4:3). The New Testament makes it very clear: our home is with Jesus, and we should be expending all our energy and faith to get there rather than trying to build a pleasant home here.

As we have seen from both the young man’s example and the testimony of the Sinai Covenant, we can’t safely assume we’re being faithful based on how much or how little earthly wealth we have. Those of us who know this, who follow the true gospel, have a responsibility to minister as best we can to those trapped in the prosperity gospel’s lies. A solid starting point for helping them see what the Scriptures truly say would be to read together Jesus’ encounter with the rich young man and show them that, in spite of appearances, the young man was actually being unfaithful to God. The rest is up to him. And as Jesus said, “All things are possible with God” (Mark 10:27).

Nathan Dempsey lives with his family in the Youngstown, OH area, where they are thankful to be part of Old North Church. In his spare time, he enjoys fitness, traveling with his family, exploring ethnic foods, and trying to expand his knowledge of various subjects. He is currently employed as Adult Services Manager with a local public library.