Jesus’ authority and the Great Commission in Matthew 28 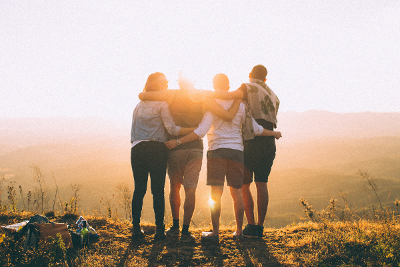 The risen Jesus proclaimed that all authority had been given to him. Of course all authority belonged to Jesus—he had just conquered death! But Matthew tells us in chapter 28 that while some worshipped, others doubted (28:17). Luke records a similar reaction from the disciples who met the risen Lord on the way to Emmaus (Luke 24:25, 32). Jesus said that they were slow of heart—and yet when Jesus opened the Scriptures, their hearts burned within them. This mixture of worship and doubt, slowness of heart and burning hearts, may be a fair description of disciples today.1 And like the Apostles, the church—made up of vacillating disciples—has the task of making disciples of all nations.

We are so familiar with the directive to make disciples that we often overlook its basis. Jesus has all authority! Throughout Matthew’s account, the authority of Jesus has been demonstrated. He fulfilled the Old Testament. He had power over nature, sickness, the demonic and death. And yet his kingdom was secret and humble, likened to the insignificant mustard seed. The authoritative king entered Jerusalem for his coronation riding on a donkey!

The cross was his coronation and finest hour. The irony of the crown of thorns and the sign above the cross is not lost on the gospel writers. His submission to a Roman cross resulted in a victorious death over all that afflicts this creation and the humans who were made to rule it; his resurrection is the guarantee that the victory has been achieved. All authority has been given to Jesus!

Note that this authority is not just a ‘spiritual’ authority: it is authority over heaven and earth. There is nothing outside his authority. He is Lord of the secular. Individually we submit to his Lordship, but the authority of Jesus also demands universal allegiance. The gospel is public truth for the whole world.

The universal authority of Jesus demands that the church makes disciples of all nations. This is not a coercive authority but an authority to bless. Note that Jesus says to make disciples, not just converts. A disciple submits to the authority of Jesus to learn from him. I remember once speaking to a neighbour who had been ‘saved’ at a Billy Graham Crusade but who had no interest in being a disciple.2 As much as Jesus goes with us, it is even more the case that we go with him. It is his mission: the disciples to be made are his disciples. We are simply to be faithful in the process.

What happened after the eleven Apostles were given this command? The nations came to Jerusalem, and on the day of Pentecost they heard the good news in their own language. Peter preached a sermon concluding with these words:

Repent and be baptized every one of you in the name of Jesus Christ for the forgiveness of your sins, and you will receive the gift of the Holy Spirit. For the promise is for you and for your children and for all who are far off, everyone whom the Lord our God calls to himself. (Acts 2:38-39).

The church began with disciples of all nations who were baptized and incorporated into the new community of faith founded on the Apostle’s teaching:

So those who received his word were baptized, and there were added that day about three thousand souls. And they devoted themselves to the apostles’ teaching and the fellowship, to the breaking of bread and the prayers. (Acts 2:41-42).

Within three hundred years the early church was to see the Pax Romana replaced by the peace of Christ. In the place of Roman power, where peace had been secured at the point of a sword, Paul extolled the Colossian Christians to “let the peace of Christ rule in your hearts, to which indeed you were called in one body” (Col 3:15). This peace was achieved, not at the point of a sword, but through submission to a Roman cross.3

The early church went into a hostile world and turned it upside down (Acts 17:6). Despite the inherent impurity, Christendom really did look a lot like “disciples of all nations”.

What about in the 21stcentury? Jesus promised to be with his disciples in the task of making disciples until the end of the age. The commission to the church remains, even if the world has moved on. Os Guinness writes:

The message is so familiar that people know it so well that they don’t know it. Yet at the same time they are convinced that they are tired of it.4

It is hard to make disciples in such a culture. What’s more, this culture is very adept at making its own disciples. Christians find themselves being discipled by the world. We are to be in the world but not of it, but Ken Myers suggests that we are often of the world but not in it.5

Even when we resist the discipling power of the world and seek to be obedient to the great commission, we find evangelism awkward. As I reflected upon disciple-making and evangelism in our post-Christian context, I was greatly helped by Sam Chan’s Evangelism in a Skeptical Age.6 The following thoughts have been influenced by this book.

Evangelism is awkward in our society because there is a taboo in talking about serious and deep issues, so bringing up Jesus in general conversation seems weird. Yet, below the surface, people yearn to speak about deeper things, especially when they experience what Guinness refers to as ‘signals of transcendence’. We do well to respond when those we speak to are prepared to go below the surface and share their stories of faith—which includes the faith of atheism. These opportunities to go deeper with friends and neighbours will occur more readily as we build genuine relationships of trust and mutual sharing. Invitations to church events are likely to be received more readily if we are also accepting invitations into our friend’s world.

Speaking the good news of the gospel is crucial, but the gospel needs to be adorned and supported by a good life. The first step for causing a sceptic to doubt his or her rejection of the Christian faith is knowing a genuine and sensible Christian person. Chan encourages Christians to merge their groups of Christian and non-Christian friends so that we cannot be so easily dismissed us feeble-minded or gullible.

Just as it takes a village to raise a child, discipleship takes a church. Even the great evangelist Paul saw himself as part of God’s process in the disciple-making business: “I planted, Apollos watered” (1 Cor 3:6). Each Christian has their part to play in fulfilling the church’s responsibility to make disciples. Crucial to doing our bit is being prepared to share why we are a disciple of Jesus and under his authority:

But in your hearts honour Christ the Lord as holy, always being prepared to make a defence to anyone who asks you for a reason for the hope that is in you; yet do it with gentleness and respect. (1 Pet 3:15)

2. Despite my neighbour’s false conversion, many genuine disciples resulted from the faithful preaching of Billy Graham.

Ken is currently a senior adjunct lecturer for the National Institute for Christian Education. His PhD dealt with the integration of Christian faith with vision and practice of two Christian school groups. His writings have recently been compiled in a A Tale of Two Worldviews. Ken lives with his wife Jennie in the Blue Mountains of NSW, where they attend Springwood Anglican Church. They have four adult children and lots of grandchildren. Ken enjoys reading, doing home projects, and watching rugby and cricket.