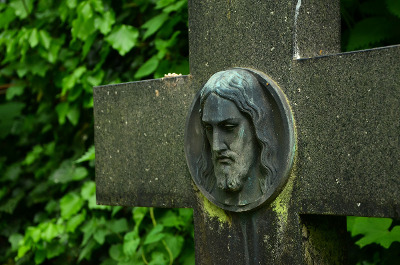 The incarnation is both a simple doctrine to summarize and a very complicated doctrine to explain. You might summarize it as “God becomes a human” or “the Word became flesh” or “the divine Son was made man”. You might even be able to say something like “Jesus is one person, the divine Son, in two natures, divine and human”.

Many of us can articulate some version of this. It might take some stumbling, but we’d get there. But even if you can dredge out from your brain “two natures in one person”, how do you explain it? Are these two natures united or in conflict? If they’re united, then united how? How do they relate? Plus, each nature has unique characteristics—traditionally called attributes—that go along with it. For example, the divine nature has certain divine attributes, such as omnipresence (God is everywhere). But again, how are these attributes united in the one person of Jesus?

The traditional way of asking this question was “How or where are these attributes communicated?”, and during the Reformation period this question came back to the forefront of theological discussion. The Lutheran and Reformed thinkers deeply disagreed about what was happening regarding the characteristics of the divine and human natures in the incarnate Jesus.

Luther went back to an analogy that had been used by Origen in the early centuries of Christianity: the human and divine natures were united in the person of Jesus in the same way that heat flows through iron. Luther taught that, as heat permeates an iron bar, so in the incarnation Jesus’ divinity permeated throughout his humanity.

The divine attribute that Luther mainly focused on was omnipresence. So the humanity of Jesus became omnipresent: his human body could be present at any and every point on the earth—the universe. This way, for Luther, Jesus could be present with his disciples in every place.

If the person is primary, and thus the attributes of each nature are communicated and united in the person of Jesus, then whatever can be said of one nature can be said of the person. That is, you can refer to the humanity of Jesus with God language, or to the divinity of Jesus with human language, not because those natures have merged with each other but because both sets of attributes, both natures, have been communicated to and united in the one person.

This means it’s right for you to refer to the one person of Jesus as either ‘God’ or ‘Man’: both refer to the same person. This is the reason why it is entirely fitting that the Bible says the Ephesian elders are to be shepherds of “the church of God, which he obtained with his own blood” (Acts 20:28). If you think about attributes being communicated to the person then you can follow the logic: God doesn’t have blood: he’s a Spirit. But the person of Jesus has blood, and Jesus is God, so God has blood.

This language doesn’t mean that the natures have been mingled; Jesus’ divine nature does not have blood and Jesus’ human body is not omnipresent. But it is right to say that God shed his blood, since the two natures are united in the one person and the person is primary. When the body of Jesus bleeds, it is the person of the Son whose body is bleeding. So we can say the Second Person of the Trinity is bleeding because the person is primary. We wouldn’t say “Jesus’ human nature is bleeding” because the natures aren’t primary.

So what is Acts 20:28 actually saying when it says the church was purchased with God’s blood? That God died. If Jesus died on the cross then God died, because Jesus is God. Normally saying “God died” would be a ridiculous thing to say. The infinite source of life itself cannot cease, be eclipsed, dissolve, or enter into non-being. But if by that short sentence what you mean is the long sentence then, counter-intuitively, it’s actually true after all.

In the incarnation, the Son of God took into union with himself a complete human nature. The person of the Son united that humanity to his person. The attributes of that humanity, one of which is being able to die, were communicated to his person—which means he was able to, and actually did, die.

In the incarnation of Jesus, what is true of one nature is true of the whole person. And what that divine person did is serve and sacrifice to a breathtaking extent by not just lowering himself to become a human but by condescending himself all the way to the cross for us and for our salvation.

Craig Hamilton, a graduate of Moore College, is responsible for leadership development and strategy at Glenmore Park Anglican Church in Sydney. In this position he coaches leaders in addition to recruiting, developing, and deploying leaders and helping to set up leadership structures for many different ministries across the church.