The ordinary woman with a beautiful legacy 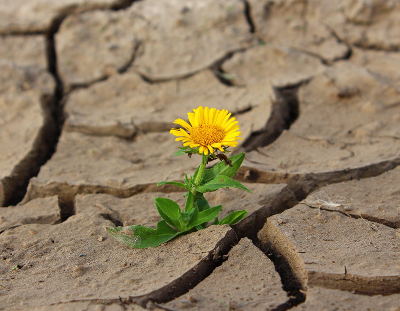 There are a host of women in the Bible who experienced horrible things before their lives improved. Rahab was a sex worker who ended up in the line of Jesus. Tamar was rejected multiple times and prostituted herself to her father-in-law before being restored and honoured. Ruth was a foreigner who endured loss and penury before marrying Boaz.

But there’s a woman in the Old Testament who had a pretty terrible time of things without a happy ending. In the midst of it, though, there was a moment of pure wonder.

In Genesis 16, Hagar was a servant girl to Sarai, bought in Egypt by Abram. When Sarai does not conceive a child, she gives Hagar to Abram (vv. 1-2; note they are not yet Sarah and Abraham). The Bible is silent on whether Hagar had any choice about this arrangement, though it’s likely she didn’t since this form of forced surrogacy was common practice in the ancient near east.

Abram gets Hagar pregnant, upon which she starts to despise Sarai. A child was taken as a sign of blessing from God; the assumption was that barrenness was a sign of punishment from God. When Hagar knew she was pregnant, “she looked with contempt on her mistress” (v. 4). Hagar was blessed. Sarai was not.

In response to this contempt Sarai mistreats Hagar (with Abram’s blessing!). Hagar flees, so the mistreatment must have been pretty harsh. But in the desert she meets an angel of God (vv. 7-14). The angel prophesies over her and convinces her to return to her masters, which she does. The child she bears is Ishmael.

When Ishmael is in his teens, the re-named Sarah and Abraham have their own child Isaac, and in Genesis 21 Sarah gets Abraham to expel Hagar and Ishmael (vv. 8-14). They head out into the desert and soon run out of water. Hagar can’t bear to see her son die and so walks away from him and weeps (v. 15-16). God sends another angel, who encourages her and saves their lives with a well (vv. 17-19).

They settle around the Arabian Desert. Ishmael has 12 sons and, in line with the angels’ prophecy, they become a great nation. The Jewish historian Josephus says that the dynasty was anchored in Nabatea, which includes parts of modern Egypt, Israel, Saudi Arabia, and the Sinai Peninsula. This sounds pretty amazing—but Nabatea was conquered by the Romans and so the descendants of Hagar and her Ishmael now exist only in history books. They are not a major nation in the Bible, nor in the line of Jesus.

So Hagar has an imprint on history and Ishmael does pretty well for himself, but in the narrative arc of the Bible Hagar’s story seems fairly incidental. In fact Paul uses her as an example of that which is old and superseded in comparison to what is new and ultimately God’s plan:

For it is written that Abraham had two sons, one by a slave woman and one by a free woman. But the son of the slave was born according to the flesh, while the son of the free woman was born through promise. Now this may be interpreted allegorically: these women are two covenants. One is from Mount Sinai, bearing children for slavery; she is Hagar. (Gal 4:22-26)

What a legacy! Poor Hagar. I really feel for her. And yet she is in the Bible, which means God wants to communicate with us through her life and her experience.

Back in Genesis 16, when in despair and pain Hagar fled to the desert, the angel of the Lord says to her:

Behold, you are pregnant and shall bear a son. You shall call his name Ishmael, because the Lord has listened to your affliction.(v. 11)

Hagar calls God the name El Roi—“the God of seeing” or “the God who sees me”—because “Truly here I have seen him who looks after me” (v. 13). Her joy is the fact that he sees her. The angel of God also tells her to name her child Ishmael: “God hears”. For a lot of women, this is what we yearn for. To be seen. To be heard. To be understood.

Hagar was alone in the wilderness, used and mistreated. Her past was marked with suffering and frustration; her future was uncertain. There are many of us who can empathize with this. Most of us have lives that wax and wane between pretty ordinary to quite good to relatively rubbish and back to okay again. Some of us have pasts marred by unspeakable pain. Some of us are facing a fearful future. But what marks us, as it marked Hagar, is an interaction with the God who sees us.

He hears us. He sees us. He has a future for us. He has a part for us to play in his plan. If this is all I can say for my life—I have seen the God who sees me—then the rest of my life pales in comparison.

Perhaps this is what some of the women who met Jesus thought. Just like Rahab, Tamar and Ruth, there are women in the New Testament who leave a lasting legacy. Jesus’ mother Mary is the epitome of faith and obedience. Mary Magdalene was a woman of strength, one of Jesus’ most important disciples, and the person to whom Jesus first reveals himself after the resurrection. Even the Samaritan woman at the well in John 11 is credited as being the first evangelist.

But what about the Syrophoenician woman of Mathew 15:21-28? What about the bleeding woman in Luke 8:43-48? What about the widow whose son Jesus’ raised from the dead in Luke 7:11-17? None of these women even have names recorded. None of them have a lasting legacy; they appear in the story as incidental characters and disappear just as quickly. But all of them had an encounter with the living God that changed their lives.

My life will play out as God wills it. Who knows what will happen? Maybe my children will have a million kids who found a dynasty somewhere. Maybe I’ll end up being an example of something old and superseded. Maybe I’ll be an incidental character in someone else’s story. But if my life carries the same legacy as Hagar, then I am happy. I have seen the God who sees me.

Not all of us will be a Tamar or a Ruth, a Rahab or a Mary. Most of us are a Hagar or a Syrophoenican woman, living ordinary lives. But God has reached out to us through his Son and Spirit. He sees us. He hears us. He gets us. It is a wondrous and beautiful thing to be known by the One that made everything and holds everything together. It was an encounter that changed my life. Has it changed yours?