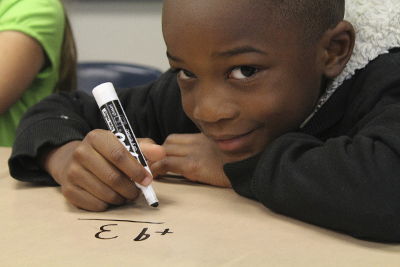 Train up a child in the way he should go; even when he is old he will not depart from it. (Prov 22:6)

If you have the patience and competitive willpower to see the game Monopoly through to the end, its name becomes clear. The player with the greatest real estate portfolio dominates, eventually bringing the other consumers to their knees with the words: “I own this space: pay up!”

It’s become widely accepted that the human brain works in a similar way to Monopoly. Our brains are like parcels of land prepared for subdivision into large estates or smaller residences—and, just like the property market, monopolization is the name of the game. When we learn a bad habit it takes ownership of a brain parcel, claiming more dominance each time we repeat it and preventing the use of that space for good habits. For this reason unlearning is more difficult than learning, highlighting the importance of early-childhood education.1

From a Christian perspective this raises important questions. How can we best help children to subdivide their grey matter for Christ? Today’s kids are bombarded with more information than any previous generation; will their minds be mapping the truth of Christ or building neural pathways to secular wisdom?

How does a human grow enough hatred towards strangers that they are willing to strap a bomb to themselves for the kill? How is it that young children become actively engaged in white supremacist rallies, following their parents’ footsteps until they are old enough to implant hate into the hearts and minds of the next generation?

The god of this age has blinded the minds of the unbelievers, to keep them from seeing the light of the gospel of the glory of Christ, who is the image of God. (2 Cor 4:4)

The discoveries made in neuroscience have much to say when it comes to these questions. If children, having sponge-like minds, are constantly fed with messages of hate, their neuropathways will eventually solidify, entrenching these feelings deep within their psyche and enabling them to act accordingly when the time comes. It could be said that neuroplasticity leads to cardioplasticity as the head infects the heart—a heart no longer consisting of flesh but of stone.

While it’s true that the juvenile brain can be mapped with evil in mind, the reverse is also true. Kindergarten apologetics is not an ivory tower debate between Christians and atheists but rather is an aim to immerse the minds of children in Scripture—the mind of Christ. There is a link between the time spent in God’s word—reading, discussing and reflecting on it; letting the Holy Spirit work through it—and the building of our brains, especially in our most plastic years.

Kindergarten apologetics means helping the youngest in our Christian families to know their Bible and the truth about who they are in Christ. It involves equipping them with answers to the questions they have about life, leading them to know the blessings, hardships and comfort they have in being held tightly in the hands of their loving God. It involves helping them to set up real estate within their minds built on foundations of eternal rock and not the shifting sands of emotion and popular opinion.

Leading children is a heavy burden of responsibility, but we aren’t called to do it alone. Nurturing our children involves more than any one person can give. These lessons can be taught by demonstration as children spend their younger years within the extended body of Christ in Bible-centred, prayerful churches and Christian communities. Here they can witness, learn from, and partake in experiences grounded in reality as they see life’s seasons lived out by those who unashamedly rely on the strength of God when things go wrong, praising him for the hope he offers and the amazing things he does. Here they can learn to turn to the wisdom of God when life’s big decisions need to be made.

Whitney Houston famously suggested that the children are the future, but it’s mature Christians who collectively need to lead the way by teaching them where to find the beauty they can be owned by, the love they have been created to experience and reflect back into the world. This is the heart of kindergarten apologetics.