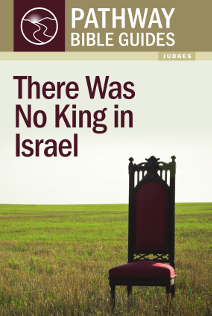 After God’s dramatic delivery of Israel from her slavery in Egypt, and her subsequent 40 years of wandering in the wilderness, under Joshua’s leadership the Israelites have now finally entered the promised land. They can get on with obeying God, and a new era of peace can begin.

Except that they don’t, and it doesn’t.

Instead of faithfully living by the laws given to them by the God who mercifully rescued them, “everyone did what was right in his own eyes” because “in those days there was no king in Israel”. Despite God’s repeated gracious intervention, the people’s sinful behaviour gets progressively worse.

In these 8 studies, Des Smith guides us through the era of the judges in Israel, pointing us clearly to the true king God’s people need.