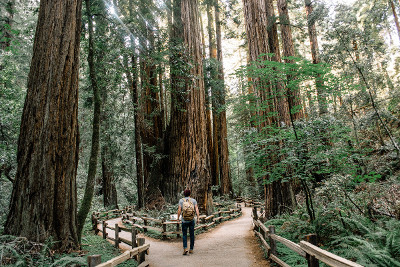 Lucy sat on the steps of Bondi Beach, wondering what to do. Josh had just asked her for ‘coffee’; she really liked him, but she thought she had committed herself to a life of singleness. She thought, “Just give me a sign, God! I don’t know what to do.”

Trevor had received two job offers. One was from a Christian organization where he could help train gospel workers, but the pay wasn’t great. The other was a well-paying job with good hours that would allow him to give more money to church and have enough time to lead a Bible study group. He didn’t know which one to accept. He thought, “Just give me a sign, God! I don’t know what to do.”

Have you ever felt like you wanted a sign from God to know what to do? I know I have from time to time! But asking for signs can be dangerous. Have a look at Mark 8:11–13:

The Pharisees came and began to argue with him, seeking from him a sign from heaven to test him. And he sighed deeply in his spirit and said, “Why does this generation seek a sign? Truly, I say to you, no sign will be given to this generation.” And he left them, got into the boat again, and went to the other side.

It could be because they are seeing so many people flock to follow Jesus that they want their own piece of the pie. Or are they actually sarcastically demanding a sign because they think this Jesus guy is a bit ridiculous? It is an odd request, especially given the many signs he performed throughout his earthly ministry.

But isn’t Jesus’ response also strange? Jesus says that no sign will be given to this generation. What? But he just gave a sign; he fed a huge crowd with seven loaves and a few fish (Mark 8:1-10). He’s giving plenty of signs! Healing after healing, miracle after miracle.

Jesus takes this quarrelsome request from the Pharisees, turns it back on them, and applies it to the whole generation. That escalated quickly!

I think the key to understanding this section is what Mark says back in 4:9–12:

And he said, “He who has ears to hear, let him hear.” And when he was alone, those around him with the twelve asked him about the parables. And he said to them, “To you has been given the secret of the kingdom of God, but for those outside everything is in parables, so that “‘they may indeed see but not perceive, and may indeed hear but not understand, lest they should turn and be forgiven.’”

You’re not going to understand Jesus if you don’t listen to him. Or in our case of the Pharisees, they’re not going to see Jesus for who he is unless they see what he does (the quote from Isaiah 6:9 in this passage). They want Jesus to conform to their own view of him, but he sets the rules of engagement.

Back to Lucy and Trevor and their sign-seeking. They are not sarcastically asking for a sign like the Pharisees, but they’re still asking. According to this story in Mark, asking for a sign from God is not looking at and listening to Jesus as he reveals himself. Asking for a sign is not engaging with Jesus on his terms.

We want extra layers of meaning and understanding in our lives, so we ask God to reveal to us what he intends. But that gives us many problems, one of which is trying to interpret the sign we asked for. If, against all odds, it really is sunny instead of rainy when we asked it to be, what does that mean? It could mean anything, couldn’t it? And what makes it a sign for me? Aren’t there millions of other people who are also affected by it being sunny?

Do pray for things. Pray for that job, or for the weather, or that friend, or that situation. God is active in our world today, and he listens to our requests. But don’t treat him like some kind of supernatural counsellor from whom we request modern self-help guidance in the form of uninterpretable signs.

Why does Jesus say no sign will be given to that generation? Because the Pharisees should recognize that his actions and his teachings point to him being the great prophet, priest and king the Old Testament foresees. If only they would open their eyes and ears to see and listen!

How much more for our generation? We have been given the greatest sign of all! Jesus hung on the cross—the climax of the Bible. We stand on the privileged side of this historic moment! If only we would keep looking and listening to that clear-as-crystal sign, rather than seeking others.

God has given us everything we need to know about who he is, who we are, and what we are to do with our lives. It’s all in the Bible, and his Spirit will help us grasp its implications for our future.

You want to know what to do? Open your Bible and listen up.

Angus is a redeemed son of God, husband to Olivia, and father of Ted. He is committed to biblical ministry and faithful evangelism because he longs to see people saved. He loves escaping the concrete jungle of Sydney as much as possible.